Over 25,000 killed in UP road accidents in two years 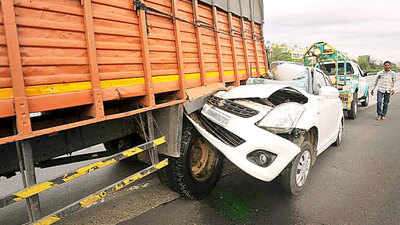 New Delhi: A total of 25,507 people were killed in road accidents on national highways crisscrossing Uttar Pradesh between 2018 and 2020, a data showed.