Meghalaya Legislative Assembly, Timothy D Shira stressed the importance of direct funding from the Centre to the District Councils which will go a long way in improving the efficiency of their functioning. 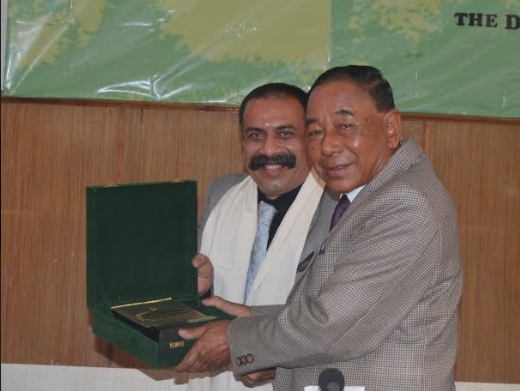 Shillong: Following a fruitful deliberation on issues focusing on strengthening and streamlining the Panchayati Raj System/Autonomous District Councils, the Outreach and Familiarization programme for the local bodies of the State of Meghalaya and other North Eastern States on Panchayati Raj System/Autonomous District Councils strengthening Decentralized Democracy concluded Friday at the State Convention Centre, Shillong.

Addressing the valedictory function, Deputy Speaker, Meghalaya Legislative Assembly, Timothy D Shira stressed the importance of direct funding from the Centre to the District Councils which will go a long way in improving the efficiency of their functioning. Stating that the District Councils play a crucial role in protecting the culture and identity of the people of the hills, he expressed hope that the deliberations would greatly benefit the participants in addressing problems faced by the Councils.

Minister, District Council Affairs, Lahkmen Rymbui opined that the discussions will empower traditional institutions in line with the dynamic change in the country. By providing different avenues for communities from the grassroot level, he hoped that the programme would help bring about modern, sustainable and transparent grassroot administration.

Earlier, panel discussion was held on Indian Parliament and Grassroot level Institutions: Potential and Challenges – A stepping stone towards leadership; Leadership of Local Bodies for the Tribal Welfare in the NE States and Natural Resources of the NE States and role of local & traditional bodies in its preservation and conservation.