Our destiny was to suffer before WC triumph: Argentina keeper Martinez

Argentina led 2-0 against France and looked to be cruising to an easy win, before two goals from Kylian Mbappe dynamited the game and took it into extra time. 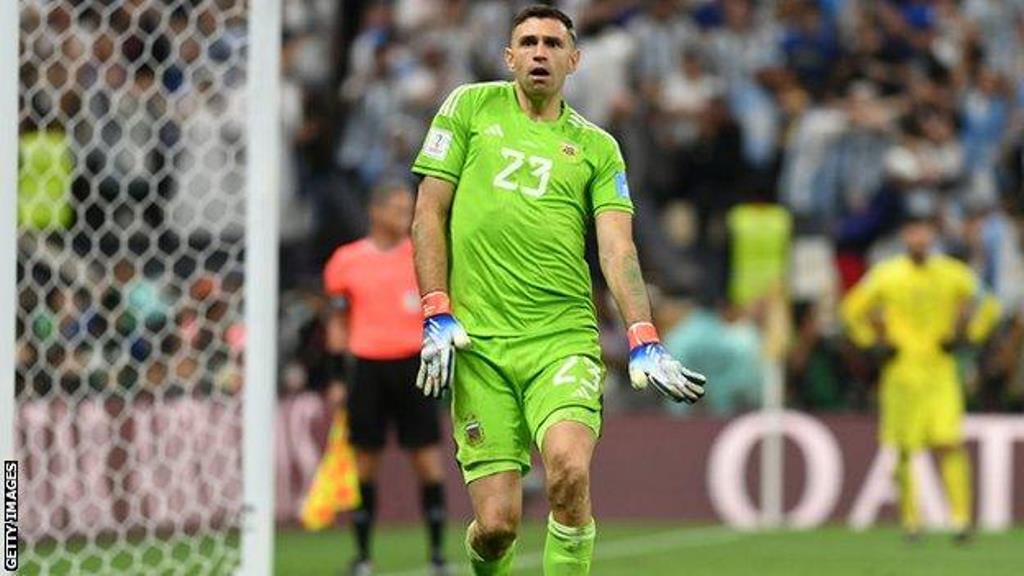 Lusial: Argentina goalkeeper Emiliano Martinez admitted he and his teammates had gone through the full range of emotions before lifting the 2022 World Cup trophy after coming through a penalty shootout.

Argentina led 2-0 against France and looked to be cruising to an easy win, before two goals from Kylian Mbappe dynamited the game and took it into extra time.

Lionel Messi put Argentina back in front in the 108th minute, only for Mbappe’s penalty in the 118th minute to take the final into a shootout.

But before the shootout happened, Martinez produced a desperate stop to deny Randal Kolo Muani, who was clear through on goal.

“We have suffered a lot. We thought we were in control, but they managed to come back. It was a very, very complicated game. Our destiny was to suffer,” said Martinez, who referred to his desperate last save.

“They had one last chance to win and luckily I was able to stop it with my foot,” he added.

The winner of the Golden Glove for the best keeper in the World Cup also saved from Kingsley Coman in the decisive shootout and when Aurelien Tchouameni dragged his penalty wide, the celebrations were about to begin.

“It’s a moment that I’ve always dreamed of living, I have no words for it. I left very young to go and live in England and I would like to dedicate this victory to my family,” concluded the man who plays his club football for Aston Villa.