“Let us be blunt. Since we are saying that the state is not in safe hands we need to change the driver,” the former chief minister told reporters. 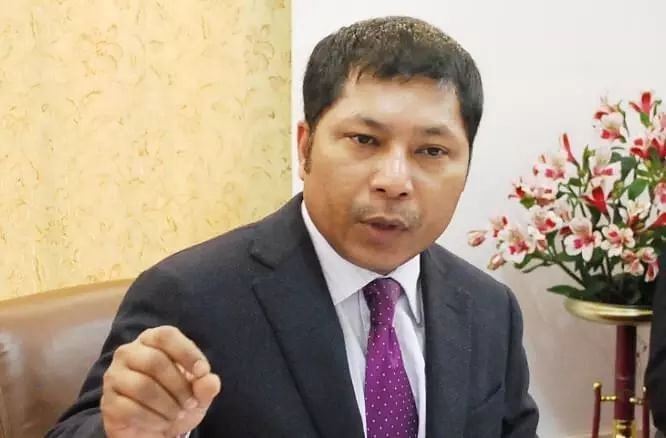 Shillong: The opposition Congress in Meghalaya on Wednesday said it would be writing to the partners supporting the National People’s Party-led Meghalaya Democratic Alliance (MDA) coalition government to discuss the need for a new dispensation, even as Leader of Opposition, Dr. Mukul Sangma maintained that dismissing the government was not the ultimate solution.

“Let us be blunt. Since we are saying that the state is not in safe hands we need to change the driver,” the former chief minister told reporters.
“On behalf of the CLP, we will be writing to all the leaders of the political parties who are in the government to put our heads together and look at how we can save the state. How we can save the interest of the people and how we can best serve the people and that can happen only when there is a course correction,” he informed.

The move of the opposition Congress comes in the wake of the recent events in Shillong after former Hynniewtrep National Liberation Council (HNLC) militant, Cheristerfield Thangkhiew was killed in a police firing.
“This (letter) is to save the state, not for the interest of Dr. Mukul Sangma or the members of the CLP (Congress Legislature Party) but in the larger interest of the people of the state. The interest of the state and its people should supersede everything please,” the veteran Congress legislator asserted.

“I have given you an example of a reckless driver would you like to sit when somebody is driving and he is not listening to you and your palpitation is growing up so you need to change the driver, save the state not for the interest of Mukul Sangma or members of the CLP in the larger interest of the people,” Sangma said.

Asked if the CLP has approached the NPP’s allies, the former Chief Minister said, “We want to do it transparently no hide and seek. Let people know what we are saying.

“Is it not necessary for the political parties to come together and discuss under the present circumstances,” he asked.

“If (NPP allies) they say no it is not necessary it is upto them, but we feel that we should reach out we feel that good sense should prevail because at the end of the day they also have the sense of responsibility. We are all responsible leaders so I am sure it will not fall on deaf ears…all the sensory nerves will be working I am sure,” the veteran Congress leader added.

Moreover, he said, “if they don’t act to ensure that there is a new dispensation who would be vested with the responsibility of governance the destruction of the state will be complete then.”