“There is no question of reviewing the boundary agreement since all stakeholders were consulted and only a few vested interest groups are trying to oppose it,” Deputy Chief Minister, Prestone Tynsong said. 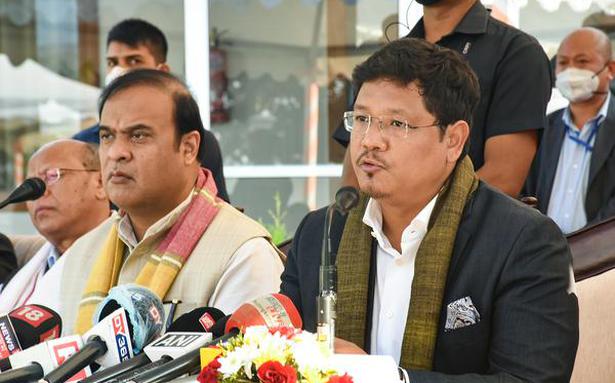 Shillong: The ruling Meghalaya Democratic Alliance (MDA) government has reiterated its stand that it won’t review the boundary agreement signed between Meghalaya and Assam government saying that only a few “vested interest groups” are opposing it.

“There is no question of reviewing the boundary agreement since all stakeholders were consulted and only a few vested interest groups are trying to oppose it,” Deputy Chief Minister, Prestone Tynsong told UNI.

He said the NPP-led government is not worried about the political repercussions of its decision as the opposition are gearing up to make it an election issue for the upcoming 2023 Assembly polls.

“This agreement was not signed to gain political mileage. We don’t care about election results. We signed the agreement for the benefit of the people and the state,” the Deputy Chief Minister asserted.

Tynsong added: “Since the agreement wasn’t signed with any malafide intentions, the government would not back out of it and would only pursue to bring about a solution in the next six areas of difference.”

Tynsong remarks assumed significance in the wake of the growing demand of several groups and the opposition Trinamool Congress (TMC) seeking repeal of the border agreement signed between the two states.

Several Garo Hills-based pressure groups on Monday staged a protest in front U Kiang Nangbah monument criticising the state government and demanded an immediate review of the agreement.

However, Tynsong said the Memorandum of Understanding (MoU) signed by Chief Minister Conrad Sangma and his Assam counterpart Himanta Biswa Sarma has been arrived at only after regional committees met with all stakeholders and traditional heads in the affected

“So this agreement was signed by exercising due diligence and we have been able to come to an agreement in six areas, out of the 12. This issue was under negotiation from 1974-75 and finally we came to a solution,” he said.

The opposition by border residents and the TMC, Tynsong said, “I repeat the opposition is only from vested interest groups. Some of the traditional heads are fighting among themselves claiming each other’s territories.”

On “historical facts” that were overlooked as is being claimed by those opposing the agreement, the Deputy Chief Minister said, “According to some historical facts the territorial boundary of Meghalaya extended right upto river Brahmaputra. Likewise, Assam may also claim that Shillong is also part of their territorial boundary since Shillong was once the capital of undivided Assam. therefore, we won’t be able to resolve this dispute, if we continue with claims and counter-claims.”

Meghalaya Chief Minister Conrad Sangma and his Assam counterpart Himanta Biswa Sarma had on March 29, 2022, signed a Memorandum of Understanding (MoU) in New Delhi in presence of Home Minister Amit Shah resolving the boundary dispute in six of the 12 areas of differences.

On Sunday, both Sangma and Sarma resumed their talks to resolve the remaining six areas of dispute.