One coal miner died, one injured in Meghalaya

The mine accident occurred on Thursday in a remote Urak village under Shallang Police Station. 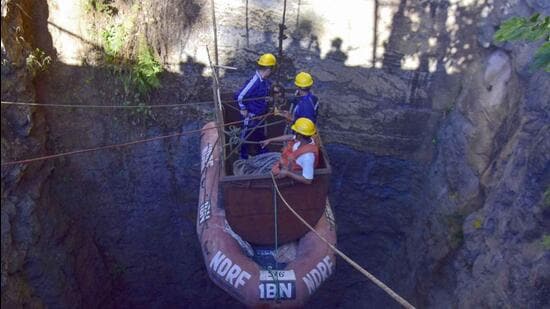 Shillong: A coal miner was killed and another is seriously injured in a coal mine accident in Meghalaya’s West Khasi Hills district, a police official said on Friday.

The mine accident occurred on Thursday in a remote Urak village under Shallang Police Station.

Senior Trinamool Congress leader, Cherak Momin said that he was informed about the coal mine accident from the relatives of the coal miners who had requested me to help them.

“I immediately informed the officer-in-charge of Shallang police station about the incident. I was told that police and relatives have reached the accident site,” Momin said.

“Of the three miners, one identified as Lapendro Sangma died, Hendid Momin sustained serious injury and the other miner escaped unhurt,” Momin told UNI over the phone.

Confirming about the accident, Herbert G. Lyngdoh, the district police chief of West Khasi Hills, said that a police team led by Deputy Superintendent of Police has rushed to the spot to ascertain the actual fact of the incident.

“Two miners were there, they are no longer trapped, they were pulled out, while one passed away and the other injured,” Lyngdoh said.

“I am still waiting for the reports from my officers, then only we will get detailed information.

Urak village is extremely remote and is in a difficult terrain. My men have to walk for two hours to reach the place and there is no mobile connectivity,” he said.

The National Green Tribunal had in April 2014 banned the hazardous rat-hole coal mining in Meghalaya.

In fact, Meghalaya is hearing a PIL into the alleged illegal mining and transportation of coal in the state.

The Court has also appointed Justice (retd) BP Katakey as the head of a committee to recommend the state government on measures on coal related issues keeping in compliance directions issued by the Supreme Court and NGT.

Moreover, activists say coal mining continues to be rampant as most of these are owned by politicians and officials.

The DGP (director-general of police) should visit all the coal mine areas to see by itself about the illegal mining. If he can take a walk in Mawlai and other localities in Shillong city, why don’t he make a surprise visit to those illegal coal mining areas to ascertain it,” Kharshiing demanded.