"What these incidents have ended up doing is reinforce the argument within India that strategic autonomy is the path to continue with, not further alignment with the US." 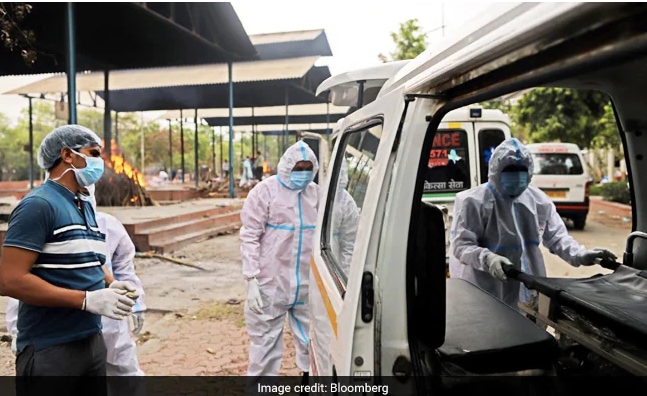 New Delhi: With the US dragging its feet in offering India help to combat the world’s worst virus crisis, China is moving to drive a wedge between the democratic security partners.

In a barrage of editorials, political cartoons and social-media posts in recent days, the Communist Party-backed Global Times newspaper blasted the US for failing to provide aid while calling on India to improve ties with Beijing. Highlighting the desperate situation in Delhi, where hospitals and crematoriums are overwhelmed, it suggested that India can’t rely on the US, the Bloomberg reported.

“This pandemic shows that the West’s getting closer to India is more in a geopolitical sense,” the Global Times, which serves as a key platform for China to send messages to the world, said in an editorial over the weekend. “Their closeness to each other is fragile and superficial.”

The comments out of China, coupled with the severity of the crisis in India, show how the imbalance in vaccinations between richer and poorer nations has the potential to reshape geopolitics as parts of the world start to reopen. Washington and New Delhi have strengthened ties over the past year amid a border clash in the Himalayas and India’s efforts to attract companies looking to diversify away from China.

President Joe Biden on Sunday met growing calls in India to provide aid, with his administration pledging raw materials for vaccinating and finance to boost production of Covid-19 shots. “Just as India sent assistance to the United States as our hospitals were strained early in the pandemic, we are determined to help India in its time of need,” Biden said in a tweet.

While India welcomed the move, the US action was still seen as coming too late for an administration that has sought to elevate the Quad security partnership that also includes Japan and Australia. On April 16, the head of India-based Serum Institute of India, the world’s biggest vaccine maker, had pleaded with Biden to send over supplies to India.

“The delay in US response to the humanitarian crisis unfolding in India is regrettable,” said Aparna Pande, director of the Initiative on the Future of India and South Asia at Washington-based Hudson Institute. “What these incidents have ended up doing is reinforce the argument within India that strategic autonomy is the path to continue with, not further alignment with the US.”

The Biden administration has emphasized strong ties with India as part of his plans to strengthen security ties with allies and strategic partners in a bid to counter China. Indian Prime Minister Narendra Modi, who has come under fire for his handling of the virus, has moved the traditionally non-aligned country ever closer to the US  since taking power in 2014.

Material needed to produce Covidshield, the Oxford-AstraZeneca Plc vaccine made in India, “will immediately be made available” and the US will fund an expansion of production capability by Indian vaccine maker Biological E Ltd., or BioE, according to a statement. Ventilators, therapeutics, rapid-test kits and personal protective equipment will be sent as well.

Earlier, Biden’s chief medical adviser Anthony Fauci said the administration will consider sending India stockpiled doses of AstraZeneca’s vaccine. The company hasn’t requested regulatory approval for its two-dose vaccine in the US, which has three other authorized vaccines to deploy. Biden by March had ordered almost enough Covid-19 vaccines to fully inoculate every American adult twice.

The US stockpile of AstraZeneca shots reached more than 20 million doses earlier this month and has grown since then, prompting persistent calls by doctors and others to donate the shots to other countries that are way behind the US in their vaccination efforts. That’s gained urgency with India’s worsening crisis.

Beyond criticizing the Biden administration, China has also offered aid to India. The country’s embassy in Sri Lanka said it sent 800 oxygen concentrators on Sunday and would send 10,000 more within a week.

While Biden’s slow response could’ve been better, the US still has time to salvage its reputation, according to Aman Thakker, adjunct fellow at the Washington-based Center for Strategic and International Studies.