EOW sources here on Friday said the accused, Bijay Bharadwaj was arrested on November 9 last from Etah, in Uttar Pradesh. 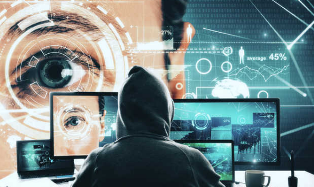 Bhubaneswar: One more fraudster involved in cheating of more than Rs 2.35 crore impersonating as senior government and RBI official was arrested by the economic offence wing (EOW)of Bhubaneswar.

EOW sources here on Friday said the accused, Bijay Bharadwaj was arrested on November 9 last from Etah, in Uttar Pradesh.

Earlier, one Himanshu Bhandari was arrested and forwarded to the court in the case.

A case has been registered on the basis of a complaint filed by one Pramod Kumar Rout of Joda, in Keonjhar district alleging that Bijay and others cheated him to the tune of more than Rs 2.35 crore to pay him Rs 3 crore from Pradhan Mantri Rahat Kosh Yojana of union government against his Insurance Policy.

Investigation of the case revealed that Rout received a call from a person who identified himself as A.K.Walia, Fund Releasing Head, Ministry of Finance.

Walia informed him that his Insurance policy has been selected under “Pradhan Mantri Rahat Kosh Yojona” and the Union government will release Rs 3 crore in his account.

Subsequent to that Rout received a letter in his mobile through whatsapp, asking him to pay dues and receive Rs 1, 56,36,500 within the next 4 hours”.

When the complainant did not respond to the letter for some days, a number of people identified themselves as employees in the office of A.K. Walia telephoned him from different numbers and persuaded him to transfer cash through RTGS.

Being persuaded, Rout transferred around Rs 2.35 crore in installments. When no amount was received by the complainant even after the expiry of the expected time he lodged complaint.

During the investigation it was found that there is no such person like Walia, rather the present accused and his accomplices have cheated the complainant by impersonating them as high-level officials of the Union government, IRDA, RBI and Income Tax.

It was found that the accused is one of the members of the gang which is involved in many such cases in various other states.

Out of the Rs 2.35 crore about Rs 79 lakh has been remitted to the account of Bijay Bharadwaj who has misappropriated the same. Efforts are on to identify and arrest other members of the gang, EOW sources said.