Odisha parted ways with Kiko Ramirez after their last game against Kerala Blasters which they lost, finding themselves in the ninth position with 13 points from 10 games. 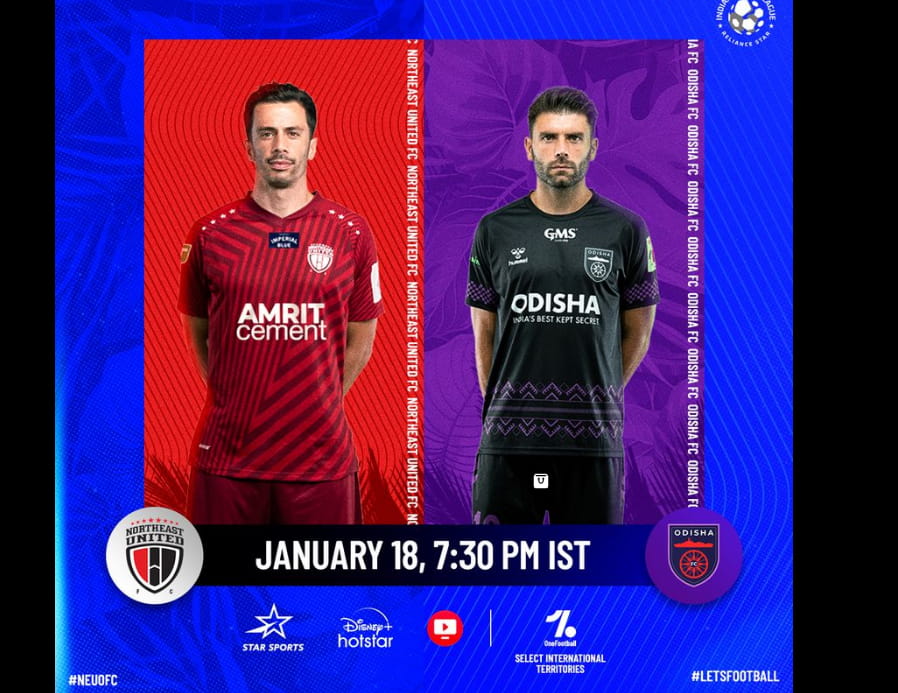 Fatorda: Odisha FC will look for new dawn after parting ways with coach Kiko Ramirez when they take on fellow stragglers NorthEast United FC in the Indian Super League (ISL) match at the PJN Stadium here on Tuesday.

Odisha parted ways with Kiko Ramirez after their last game against Kerala Blasters which they lost, finding themselves in the ninth position with 13 points from 10 games.

Kino Garcia was announced as his interim replacement and on Tuesday will have a job at hand to resurrect the ship against a NorthEast United side who are looking to galvanize their arsenal themselves. NorthEast United are a rung below Odisha in 10th position having nine points from 11 engagements.

Meanwhile, Marcelinho is all set to make his NEUFC debut against former club Odisha as the Brazilian forward marks his return to the ISL. With 33 goals and 18 assists in the ISL, Marcelinho brings ample experience and final third ability as NorthEast United hope to turn their season around. Marcelinho won the Hero ISL Golden Boot in 2016 while playing for the Delhi Dynamos. He later turned up for FC Pune City before joining Hyderabad FC.

After a single season at Hyderabad FC, Marcelinho joined Odisha FC in 2020 before signing for ATK Mohun Bagan on loan for the second half of last season.

Garcia’s first job will be to steady the porous defence. Odisha has conceded 24 goals in just 10 games this season. No team has conceded more goals than Odisha.

The Spanish midfielder has alternated between playing as a centre-back and in midfield this season but has settled into a midfield role of late due to the emergence of the Patrick Flottmann- Mashoor Shereef pairing. Santana is NorthEast United’s chief orchestrator in possession, having more touches of the ball and completing more passes than any other NEUFC player.

Imran Khan has also stepped up in the absence of Fede Gallego as NorthEast United’s creative outlet this season. He has three assists to his name this season. Among Indian players, only Roshan Singh (5) has more assists than Imran Khan.

The last time the two sides met in the first half of the season, Odisha ran out 1-0 winners.