The Juggernauts kept more possession yet again but could not apply the decisive touch as the Mariners kept their fourth clean sheet on the trot. This was the first 0-0 draw of the ISL 2022-23 season. 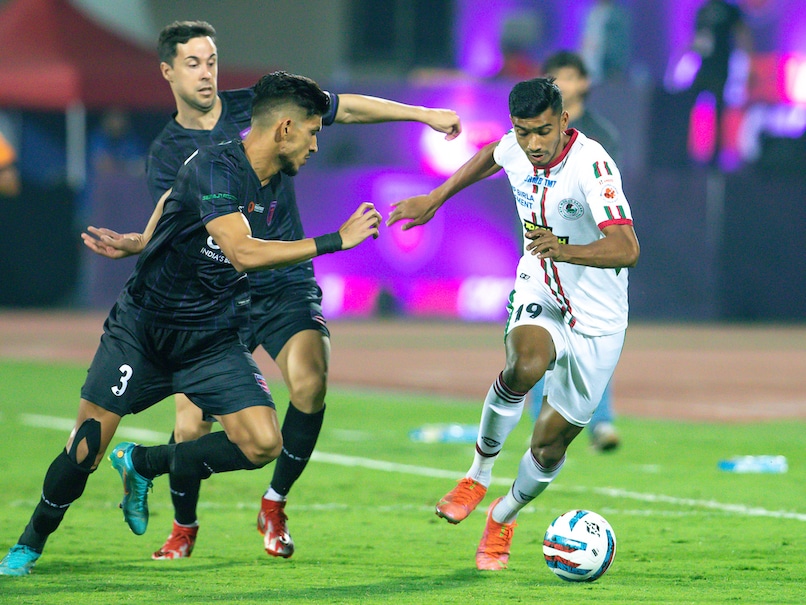 Bhubaneswar:Odisha FC remained unbeaten at home but couldn’t keep their 100 per cent win rate intact after a goalless draw against ATK Mohun Bagan on Thursday in the Indian Super League (ISL) at the Kalinga Stadium here.

The Juggernauts kept more possession yet again but could not apply the decisive touch as the Mariners kept their fourth clean sheet on the trot. This was the first 0-0 draw of the ISL 2022-23 season.

Saul Crespo’s injury and Nandhakumar Sekar’s suspension allowed Isaac Chhakchhuak and Pedro Martin to come into the starting XI for the hosts, while Sahil Panwar replaced Lalruatthara in the left-back position. Hugo Boumous dropped to the bench for ATKMB as 20-year-old striker Fardin Molla got his first Hero ISL start. Their other change saw Brendan Hamill return in defence, while Lenny Rodrigues was benched.

Opportunities were aplenty, but the first half ended without goals. Odisha FC kept more of the ball, but it was ATKMB who came close to breaking the deadlock. Despite attempting eight shots, the Juggernauts failed to keep any of them on target.

In the 42nd minute, Liston Colaco cut the ball back from the left flank for ATKMB, and Carl McHugh put his boot through it before Amrinder Singh produced a save to keep it out.

Odisha FC had their best opportunity in first-half stoppage time when Raynier Fernandes floated a promising ball in from a free kick. It came straight to Carlos Delgado, who headed it over the bar from close range.

In the second half, two minutes past the hour-mark, Narender Gahlot’s attempt from outside the box flew just wide of the far post. It was one-way traffic from there on as the Juggernauts applied the pressure. In the 69th minute, Raynier’s shot from the edge of the box was headed straight at Vishal Kaith before McHugh headed it over the bar.

In the 88th minute, Odisha FC came agonisingly close to breaking the deadlock. Isaac played the ball in from the left flank towards the far post, where Gahlot headed it back across goal before Osama Malik’s header from close range was tipped onto the crossbar by Kaith.

Odisha FC move into fourth place on the table with 19 points after their first draw of the season.

They will travel to Kochi for their next match against Kerala Blasters FC on December 26.

ATK Mohun Bagan remain in third with 20 points. The Mariners will travel to Guwahati for their next match against NorthEast United FC on December 24.