Two days conference will discuss and formulate the strategies to deal with cross-border crime, smuggling of narcotics, and drugs, inter-state crimes, and activities of proscribed outfits. 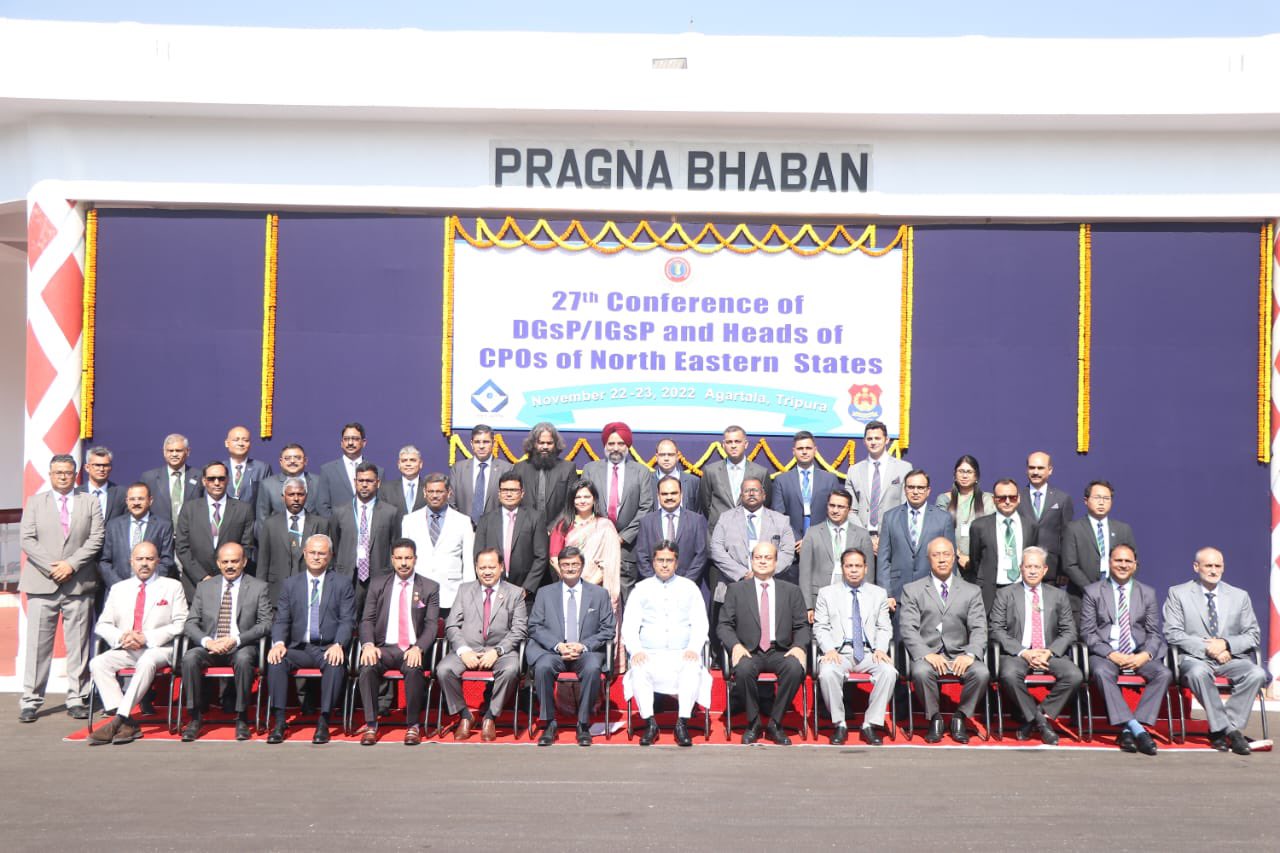 Agartala:  Two days conference of Director General of Police (DGPs) of Northeastern states began here on Tuesday to discuss and formulate the strategies to deal with cross-border crime, smuggling of narcotics, and drugs, inter-state crimes, and activities of proscribed outfits.

Besides, DGPs of all northeastern states, top brasses of central security organizations, BSF, CRPF, army, and intelligence agencies attended the meeting along with the officials of the Ministry of Home Affairs. This is scheduled to review the progress of the resolution passed in last meeting of the Union Home Minister at Guwahati with Chief Ministers and DGPs of NE states.

After inaugurating the conference, Chief Minister Dr Manik Saha told the media that the central government and the state governments of the region have resolved zero-tolerance against drug abuse and narcotics dealings and a detailed action plan has already been in place.

“The narcotic substances are being imported from Myanmar and through Northeastern states, it goes to the rest of the countries and Bangladesh. Similarly, cannabis cultivated in Tripura is smuggled to other states and neghibouring countries but due to a tough stand a huge quantity of cannabis is seized and many people have been arrested in the state,” Dr Saha said.

He claimed the terrorist activities of Northeast have been reduced to almost zero after the Narendra Modi-led government adopted a strategy of massive infrastructure development and implementation of ‘Act East Policy’ besides, multiple other steps to integrate the region with other parts of India.

“Still a few anti-Indian elements are remained in Bangladesh territory and often try to create disturbance but the Bangladesh government is taking action against them also, our security agencies are getting in touch with their Bangladesh counterparts to zero down their existence, which will also be discussed in the DGP level meeting,” Chief Minister stated.

Highlighting the success of the BJP-led government, Dr Saha said after Modi took over in 2014, the central government has undertaken the initiative to erase the sense of alienation from the people’s minds in the Northeast. People now think of developing their state and region at par with other developed states.

There has been huge progress in terms of National highway development, railway connectivity, air connectivity, and internet connectivity in the region, which brought a qualitative change in the