Assistant Inspector General of Police (Law and Order) Subrata Chakraborty said that all the district heads of police were asked to provide security to mosques and organise regular patrolling in vulnerable areas. 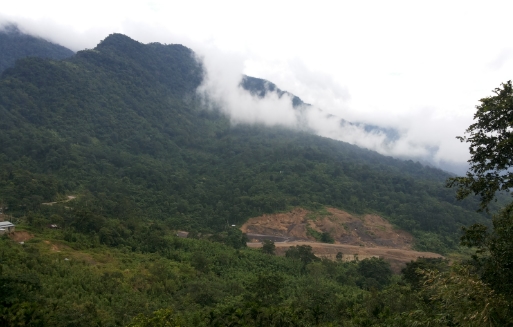 Agartala: The situation of two districts in northern parts of Tripura remained tense but there were no reports of any fresh violence or incident of any sort in the last 24 hours, officials said on Thursday.
However, the functioning of markets and business establishments have been affected following communal clashes triggered on the evening of October 26.

The police said security of all the religious places including temples and mosques had been beefed up while an adequate number of security personnel have been deployed in areas having a mixed population in North Tripura and Unokoti districts besides, the promulgation of prohibitory orders under Section 144 CrPC following the incidents.

The Twitter handle of Tripura police warned action against the rumour mongers claiming that there was no incident of burning any mosque in North Tripura. During the protest rally of Viswa Hindu Parisad in Panisagar, no mosque was burnt and the pictures being shared of burning or damaged mosque or collection of sticks etc in social media are all fake and not from Tripura.

The Director-General of Police V S Yadav urged people of both Hindu and Muslim communities not to support and subscribe to such fake IDs and do not spread such fake pictures and added, “We have already registered cases and legal actions will be taken against all those spreading fake news and communally sensitive rumours”.

According to reports, VHP activists attacked a mosque, a few houses and 10 shops belonging to Muslims and set them on fire allegedly near Roa bird sanctuary of Panisagar in North Tripura seeking assurance of security for the Hindu minority in Bangladesh and exemplary punishment to the perpetrators involved in attacking Hindus .

In retaliation, a group of Muslims came on the street at the Churaibari rail gate area and allegedly attacked Hindu houses, shops and vehicles. In a counteraction, Hindus resorted to attacks on Muslims in the nearby villages and ransacked a few shops late at night. Several vehicles coming from Assam were attacked at night on the National Highway.

With the report of an attack on mosque and Muslims in Panisagar spread, a large number of Muslim families gheraoed the Irani police station of Kailashahar at late night seeking the security of Muslims in Tripura. They alleged that Muslims have been targeted by a section of Hindus across the state after the Bangladesh incidents but no action was taken against any one of them.

Assistant Inspector General of Police (Law and Order) Subrata Chakraborty said that all the district heads of police were asked to provide security to mosques and organise regular patrolling in vulnerable areas.