No deliberate attempt or a conspiracy to attack Mamata at Nandigram: Election Commission

The report said the CM flouted the prescribed security norms/protocols— Could have led to tragic consequences. 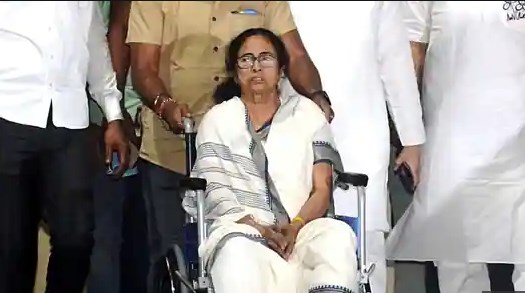 Kolkata: The Election Commission (EC) on Sunday said there was no deliberate attempt or a conspiracy to attack Chief Minister and Trinamool Congress (TMC) supremo Mamata Banerjee at Nandigram in East Midnapore district of West Bengal on March 10.

Director Security was sitting in the bullet proof car meant for the VVIP. The chief minister was using normal vehicle rather than a bulletproof vehicle.

The report said the CM flouted the prescribed security norms/protocols— Could have led to tragic consequences.

The EC recommends a high level committee of Home Secretary and the DGP West Bengal and take action against people who failed in their duty to prevent the incident.

The ECI may issue direction to all the star campaigner to strictly adhere to the security protocols and arrangements.

“If any incident of violence occur during the rallies/road shows of the star campaigners, the DM and SP of the district should be transferred immediately, the report said.

Meanwhile, The West Bengal government’s report to the Election Commission, however, has no mention of the “four-five persons”, who Banerjee had alleged had attacked her, an official of the state CEO’s office said.

It said there was no clear video footage of the alleged attack that took place in Birulia Bazar of Nandigram on Wednesday evening.

It, however, referred to the presence of a huge crowd at the spot where the incident took place, he said.

The TMC supremo had returned home from the state-run SSKM Hospital on Friday evening, after receiving treatment for the injuries she sustained while campaigning in her constituency in Nandigram in earlier this week.