Nitish lost his credibility, all doors in BJP closed for him: Sushil

Modi asked Nitesh Kumar why he again joined the same government which had termed him as circumstantial chief minister. 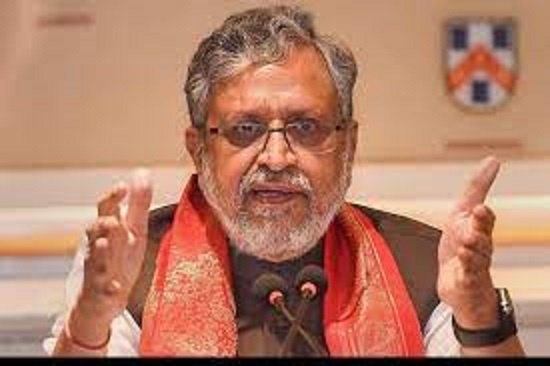 Patna: Taking offense to Nitish Kumar’s exit from the NDA and the formation of the new grand alliance government, Sushil Kumar Modi, a former BJP Rajyasabha MP, claimed Nitish Kumar has even defeated a chameleon in changing colors (political colors).

He said Kumar has even lost his credibility and has been turned away from the BJP.

Referring to various statements Nitish Kumar made on earlier occasions Modi said here on Monday that in 2013 Nitish Kumar had said that he would “fly out of the window” but would never join hands with BJP however within 4 years Nitish Kumar realized his mistake and again came to the shelter of BJP in 2017.

Terming Nitish Kumar as the most undependable politician Sushil Modi said that Kumar made Jitan Ram Manjhi chief minister but within 8 months he changed his stand and snatched the chair from Manjhi for himself.

Sushil Modi said that Nitish Kumar supporting demonetization had demanded action on benami (unclaimed) properties but now is running the government with the person deeply involved in the unclaimed properties scam.

The BJP leader said that Nitish Kumar was frustrated during the 20-month-long Grand alliance-1 government during which he had succumbed before the pressures of Lalu Prasad Yadav on several occasions and even had to release the heavy-weight RJD leader Shahabuddin under the pressure.

Modi asked Nitesh Kumar why he again joined the same government which had termed him as circumstantial chief minister.

The BJP leader said that Bihar was again and again forced to face the consequences of wrongful steps initiated by Nitish Kumar and maintained that Nitish Kumar would again get frustrated in the Grand Alliance government -2 but at that time the doors of BJP would never remain open for him.