Kumar said it was not for the first time that Leshi had been made Minister. She was Minister in the last cabinet and also earlier, he maintained. 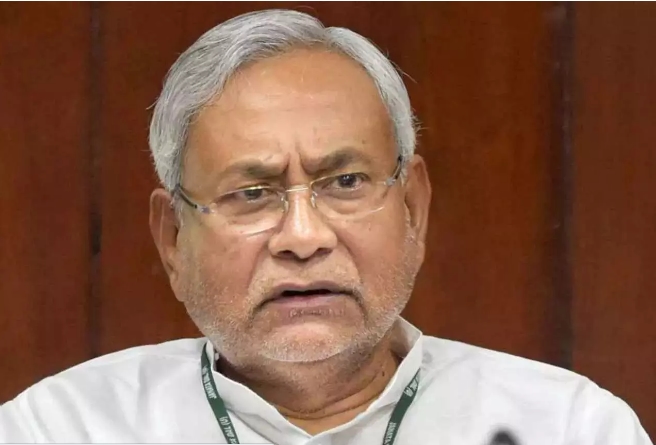 Patna: A day after JD(U) MLA Beema Bharti accused Leshi Singh of being involved in a number of murder cases who was inducted into the cabinet of the newly formed Grand Alliance government, Chief Minister Nitish Kumar defended Leshi and warned Beema not to make such a baseless allegation.

Kumar told media persons here that he was surprised to learn that Beema had made serious allegations against Leshi. All allegations made against Leshi were baseless and there was nothing against her, he pointed out.

” Beema was made a minister on two occasions earlier and she could not even read oath paper during a swearing-in ceremony in 2014″ Chief Minister said adding that she should not have leveled baseless allegations against Leshi Singh.

If Beema had any intention to desert JD(U) then he had nothing to say as she was free to do so whatever she liked, he remarked.

Kumar said it was not for the first time that Leshi had been made Minister. She was Minister in the last cabinet and also earlier, he maintained.

Beema Bharti on Wednesday had alleged that Leshi Singh had indulged in getting murdered by anyone at her convenience who could put a political challenge to her.

She had taken strong exception to Leshi being inducted into the cabinet. She had even threatened to resign from the party if Chief Minister Kumar did not remove Leshi from the cabinet.

Chief Minister to a query about allegation leveled against his law Minister Kartikey Kumar of his involvement in a kidnapping case and a pending warrant of arrest against him, said that the matter was being looked into. He, however, had feigned ignorance about it when asked in this connection yesterday.

Kumar said that he had a personal relationship with RJD Chief Lalu Prasad. The pace of development of Bihar would accelerate under the regime of the Grand Alliance government in Bihar, he added.

Chief Minister who visited Indira Gandhi Institute of Medical Science (IGIMS) Patna to enquire about the health of ailing Energy Minister Bijender Prasad Yadav, said he was much better than earlier.

He was admitted to IGIMS on Wednesday after he complained of uneasiness in his chest and cough.