On the last day, the Union Home Affairs issued an order to NIA to probe the case and the NIA began the process under the supervision of the Kochi unit. 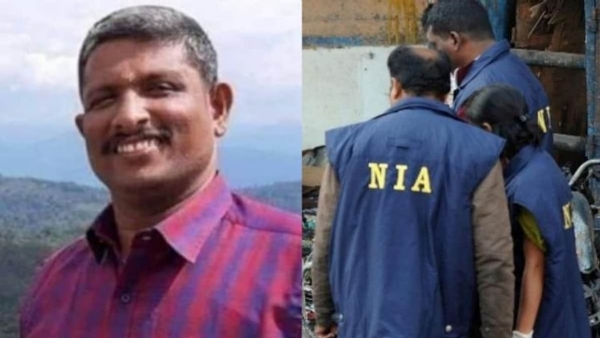 Palakkad:The National Investigation Agency (NIA) will take over the probe into the murder of RSS District leader A Sreenivasan (44) of Melamuri, following the report of Kerala police, who probed the case.

As per the report the arrested accused including the State leaders of banned Popular Front of India (PFI) and Social Democratic Party of India (SDPI) had terror links.

On the last day, the Union Home Affairs issued an order to NIA to probe the case and the NIA began the process under the supervision of the Kochi unit.

Earlier, the NIA Kochi unit had submitted a report to the Centre after the arrest of State PFI leaders in connection with the ban of PFI including the State secretary CA Rauf of Pattambi, another PFI State leader Yahiya Thangal, SDPI State committee member SP Ameer Ali, who have been involved in the conspiracy to kill Sreenivasan.

NIA sources said they will register a First Information Report (FIR) at Kochi NIA court, after receiving the case diary from Kerala police.

Already the NIA sleuths collected the details of terror links, those who have been arrested by the Kerala police in the murder cases of RSS leaders Sreenivasan and A Sajith, who was killed on November 15, 2021.

Kerala Police arrested 41 accused, most of them are PFI and SDPI local leaders, out of the 44 identified in Sreenivasan murder case, three of them were left to Gulf Countries and decided that Red Corner notices will be issued to nab the remaining three accused in this case. Police filed the charge sheet against the 44 accused, and also mentioned that PFI had a secret wing that maintained a hit list of its adversaries, and Sreenivasan murder was the the first in Kerala of such planned crimes carried out by the PFI outfits.

It was on April 16, 2022 former RSS district leader Sreenivasan was hacked to death at his shop at Melamuri in broad daylight by a six member gang as a political revenge against the murder of PFI local leader A Subair of Elappully by alleged RSS related people on April 15.