Meghalaya finished at the top of Group 2 in the U-21 men's football competition and will meet Manipur in the semifinal round on Sunday. 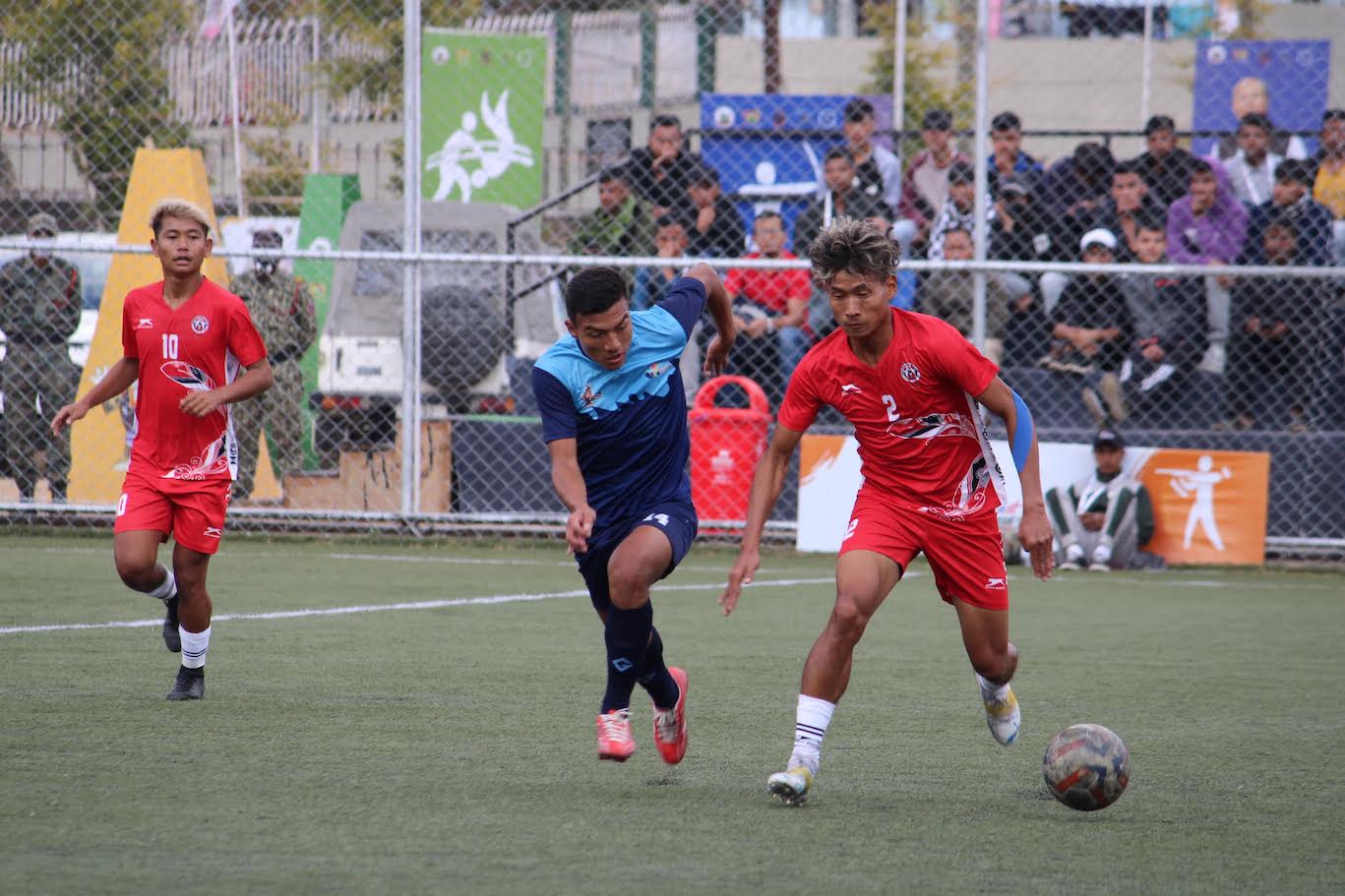 Shillong: Meghalaya finished at the top of Group 2 in the U-21 men’s football competition and will meet Manipur in the semifinal round on Sunday.

Mizoram edged Manipur 1-0 today evening at the MFA Turf in Polo Ground to secure top spot in Group 1. The only goal of the intense 90 minutes was scored by Rohlupuia in the 50th minute in front of hundreds of passionate fans cheering on both sides.

Mizoram will thus meet Nagaland in the first semifinal.

Nagaland had lost to Meghalaya 2-1 in the earlier game. Wadajied Kynsai Ryngkhlem put the hosts into the lead in the 29th minute before Everbrightson Mylliempdah increased the gap with a 62nd minute goal. Nagaland reduced the deficit in the 88th minute but Meghalaya were able to see off the remaining minutes for the win.

All four teams had already secured their places in the semifinals but the group order was decided only today.

Mizoram will play Nagaland in the first semi at 11am on Sunday, followed by Meghalaya versus Manipur at 4:30pm under lights. Entry remains free for both sides but is available on a first-come, first-served basis.

Arunachal held the lead on three separate occasions, scoring through Pungte Lapung (1′, 23′) and Bengia Bosco (68′) but Sikkim came back every time and found a sensational victory thanks to a string of goals in the last 10 minutes. Their scorers were Sahil Chettry (10′), Rohit Gurung (42′), Pravin Rai (82′) and Crisnawag Sherpa (86′, 90′).

Tomorrow will witness the last group stage matches in the U-17 women’s division, with Meghalaya taking on Arunachal in Group 2 at 11am before Sikkim face Assam at 3:30pm in Group 1.