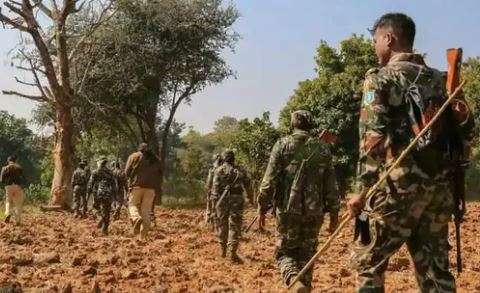 Bijapur (Chhattisgarh): A Maoist ‘deputy commander’ – on whom a reward of Rs 3 lakh had been announced – was eliminated.

Also a constable got injured during an exchange of fire on Friday in the Kaika-Mosla forest area within Naimed Police Station limits of this district in Left-wing extremism-affected Bastar division.

“Following a tip-off, a force comprising CRPF and District Reserve Guard personnel was dispatched. The deceased was identified as Ritesh Punem and rebel material was seized from the scene. The injured constable has been admitted at the District Hospital,” Superintendent of Police Kamlochan Kashyap said.