Today, heavy deployment of police personnel was done and barricades were put up outside the AICC office, at 24 Akbar Road. 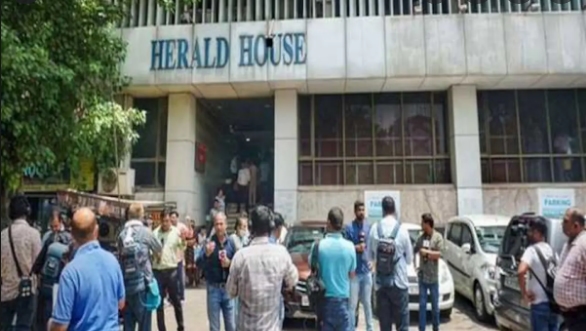 New Delhi: The Enforcement Directorate (ED) on Wednesday sealed the premises of the Young India Private Limited office located at Herald House in the Central Delhi area in an ongoing investigation of the National Herald case, sources said.

Last week, Congress president Sonia Gandhi has questioned three times and her Member of Parliament son Rahul Gandhi was also quizzed for five days over 50 hours by the ED at its headquarters here.

Today, heavy deployment of police personnel was done and barricades were put up outside the AICC office, at 24 Akbar Road.

Ch. Anil Kumar, president of the Delhi Congress Unit, tweeted, “Why is the dictatorial government so afraid? Police are stopping us from going to our own office even though we have no protest.”

“We are not afraid of arrest, if we protest, we will do it by telling, Now will the police stop us from meeting in our own office?” Kumar added.

Yesterday, Congress workers including its women wing staged a protest outside Herald House against the ED raid on the National Herald newspaper office.

Congress leader Mallikarjun Kharge on Tuesday said the ED raid on several offices of the National Herald is a ‘political vendetta’.