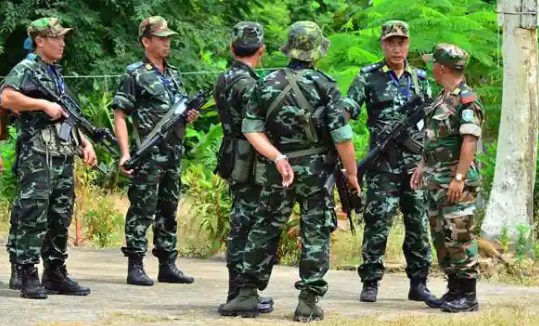 Kohima: The Konyak Union (KU), the apex body of Konyak Naga tribe, has declared that they will temporarily refrain from paying any tax to any Naga Political Groups (NPGs) until they “stand united for a unified Naga solution.”

In a press release issued by Konyak Union (KU) President S. Howing and Press Secretary Pangmei Konyak said that the decision was taken at a two-day emergency meeting held at KU Conference Hall in Mon on Thursday.

The press release stated that since Naga independence movement the Konyak tribe along with the rest of the Nagas had “endorsed sovereignty/integrity to protect the people and its land”. The meeting further noted that Konyak people unwaveringly supported the movement “physically, mentally, materially, financially and in every possible way; as a consequence, the outcome was subjugation, brutality, sufferings in the hands of Indian military.”

“In spite of so much support and sacrifices, the Naga National Workers till date continue to split into numerous factions which has not only resulted in multiplying taxation burden, but it has also acted as an obstacle in achieving an honorable and acceptable early Naga solution,” the KU said.

Keeping in mind the “untold sufferings and harassment inflicted upon on account of multiple taxation by numerous NPGs” the meeting unanimously decided through referendum and declared ‘No unity, no taxation.” It further endorsed and also further endorsed all the village councils and KU branches to adhere to the referendum until further affirmation.

The meeting also endorsed all the Village Councils, KU branches to strongly adhere to the “Konyak Referendum until further affirmation.” In the light of the declaration, the KU has strongly appealed to all NPGs to “kindly recognize and understand the plight and sufferings of the common people and come together to a common conclusion with solidarity and in the spirit of forgiveness with a vision to pursue the general cause of the Nagas,” the release said.