Metha said that the Hornbill Festival will be showcasing the rich culture and traditions of the Nagas, the festival is about entrepreneurship and inclusivity. 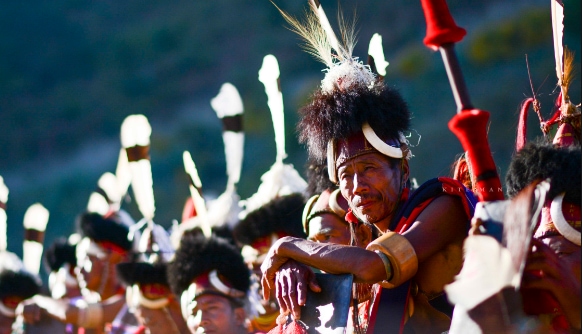 Kohima: Nagaland is celebrating the 59th Statehood Day tomorrow and coinciding the Statehood Day, the 22nd Hornbill Festival will be held at the Naga Heritage Village at Kisama, 10 Kilometer west of Kohima from Tomorrow to December 10 next.

He also informed that the ultimate preparations are being completed, while asserting that the standard operating procedure (SOP) of COVID will be strictly followed during the festival as issued by the Union Ministry of Health and the State Government. Yeputhomi said that the budget for Hornbill Festival normally stands at Rs 5 crore.

Nagaland Adviser to the Chief Minister Abu Metha, who was present in the press briefing, said that the Hornbill Festival has a unique model and the Government facilitates and assists in hosting the festival, but almost all events are being managed and executed by private entrepreneurs, event management companies and the business community.

Metha said that the Hornbill Festival will be showcasing the rich culture and traditions of the Nagas, the festival is about entrepreneurship and inclusivity.