It also informed that will resume once the order for 3 Lakh doses placed by the State Government arrives next week, it added. The order was reportedly placed around three weeks back. 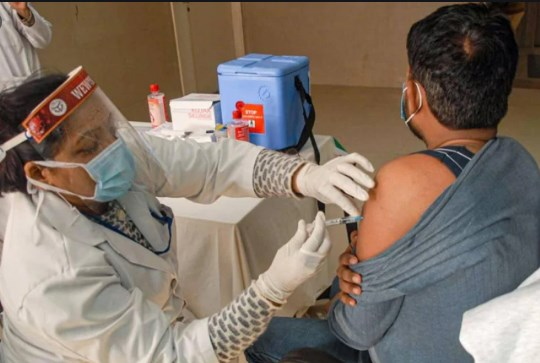 Kohima: The COVID vaccine stock in Nagaland has received an enhancement with the arrival of 1 Lakh Vaccine doses from the Centre through the Government Medical Stores, Depot (GMSD) in Kolkata.

According to a statement issued by the Directorate of Health and Family Welfare (DOHFW), total of 1 Lakh doses reached the State’s storage facility on April 26 evening, which would be a relief for the State Health officials, with many expressing concerns over the depleting vaccine stock in the state, though the volume is much lesser than the original order placed by the State Government.

It also informed that will resume once the order for 3 Lakh doses placed by the State Government arrives next week, it added. The order was reportedly placed around three weeks back. Update from the MyGov India platform on the availability of total doses stated that out of 1.87 doses available across the country at 8 AM on April 27, there were 1.41 Lakh in Nagaland, it said.

The statement said that the Department has already prepared a checklist on when and how vaccination will roll-out from May 1 next. The DOHFW has already placed the proposal for the procurement of the vaccine, the State Government has to make the final call. The state has to place the order and only after that the vaccines will be released, it informed. The State will continue with the Covidshield vaccine and registration for 18 to 44 years will start on CoWIN portal from yesterday (April 28), it added.