Dr Nihoshe was elected to the Eleventh Nagaland Legislative Assembly in the year 2008 as an Independent candidate from Zunheboto Assembly Constituency and served as the Parliamentary Secretary, Industries and Commerce. 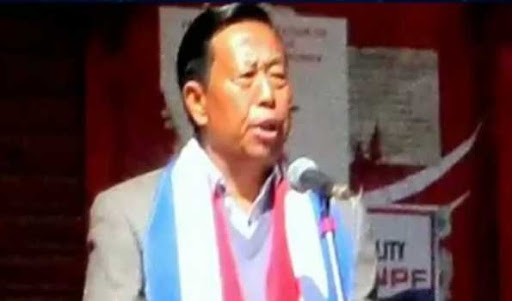 Dr Nihoshe was elected to the Eleventh Nagaland Legislative Assembly in the year 2008 as an Independent candidate from Zunheboto Assembly Constituency and served as the Parliamentary Secretary, Industries and Commerce.

“The State has lost a genuine and a tall leader. I on behalf of the people of Nagaland and my own behalf, convey our heartfelt condolences. I pray to God to give strength to the family to bear this tragic loss and grant them solace at this hour of enormous pain,” Nagaland Governor said.

Nagaland Chief Minister Neiphiu Rio condoling the death of Dr. Nihoshe said that he was an efficient, sincere and visionary leader, who had a genuine concern for the welfare of society.

“His demise is a great loss to the Nagas especially the Sumi community and the vacuum created will be difficult to fill. Though he is no longer with us, his selfless deeds will always be remembered,” the CM said while conveying condolences to the bereaved family.

The Speaker of the Nagaland Legislative Assembly Sharingain Longkumer stated that Dr Nihoshe always upheld the highest decorum on the floor of the Nagaland Assembly. “Throughout his public life he adhered to the principle of honesty, probity, and simple living. He has contributed immensely for the development of the state of Nagaland. He has also demonstrated supreme concern for the welfare of the poor. In his death, the State has lost an inspiring leader and a gentleman,” he said.

In his death the state has lost a leader whose absence would be felt dearly. In a condolence message, Patton said. He also recalled working alongside Dr. Nihoshe as a friend and a colleague in NLA. Patton described late Nihoshe as a straight forward and a visionary leader who was committed to work for the people. Patton, who is also the state BLP leader, on behalf of the state BJP legislators, conveyed deepest condolences to the bereaved family and pray for the departed to rest in peace.