The Resolution said that the Naga people have been crying for peace and an early solution for the long-pending Naga Political Issue. 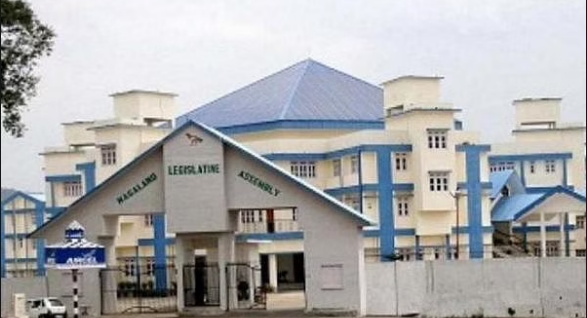 Kohima: The 10th session of the Thirteenth Nagaland Legislative assembly on Monday passed a resolution condemning the massacre that took place in the Oting-Tiru Village area in Mon District on 4th December last.

The Nagaland Legislative Assembly, which met in Kohima in a Special Assembly Session today vehemently condemns the massacre that took place in the Oting-Tiru Village area in Mon District on 4th December in the indiscriminate firing by the 21 Para Special Forces of the Indian Army in which 13 innocent people were killed, followed by killing of one innocent person by security forces at Mon town on 5th December last and injuring of 35 persons during the incidents.

The House calls for an apology from the appropriate authority, along with an assurance that justice will be delivered by applying the laws of the land upon those who perpetrated the inhuman massacre and upon those who are responsible for the incident.

The House appeals to the citizens of Mon district, its civil societies, the citizens of the State and mass-based organisations to extend cooperation to the Government and its agencies in collective efforts to demand justice and to restore normalcy in the interest of all the citizens. The House appreciates and supports citizens and civil society organizations in their demand for repealing of AFSPA and delivery of justice while appealing to all sections to follow democratic norms and non-violence in our collective endeavour towards the realisation of peace and delivery of justice.

The Resolution said that the Naga people have been crying for peace and an early solution for the long-pending Naga Political Issue. It is of paramount importance that the people’s voice is heard and
respected. The House, therefore, once again appeals to the negotiating parties of the Indo-Naga political dialogue to bring the talks to its logical conclusion by reaching a settlement that is honourable and inclusive at the earliest.

The Nagaland Legislative Assembly unanimously resolves to demand that the Government of India repeal the Armed Forces Special Powers Act,1958 from the North East, and specifically from Nagaland, so as to strengthen the ongoing efforts to find a peaceful political settlement to the Naga political issue.

After much discussion and deliberation, Assembly Speaker Sharingain Longkumer adjourned the 10th session of the Thirteenth Nagaland Legislative Assembly, which was a Special Session, Sine Die today.