He made the remark while addressing the 2nd North East India Festival, which is currently underway in Bangkok, Thailand 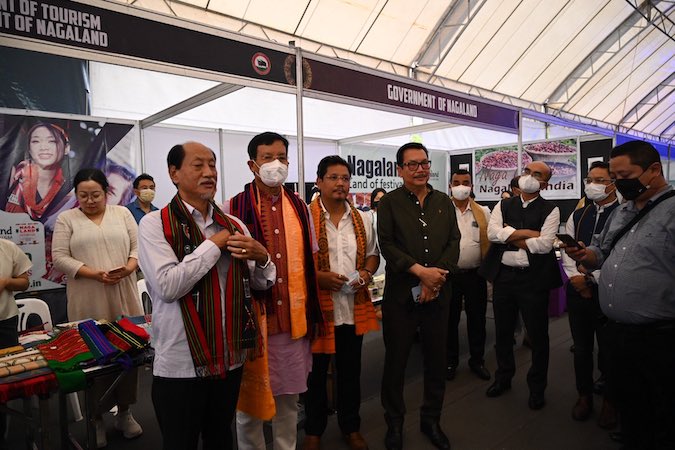 He made the remark while addressing the 2nd North East India Festival, which is currently underway in Bangkok, Thailand. The three-day festival will conclude with a display of cultural diversity, music, food and tourism potentials in the North East on Sunday evening.

Sangma said that North East India and Southeast Asian nations can develop strong cultural and economic ties, banking on the similarities of the two regions which are diverse in different ways.

“The historical bond between India and Thailand is more than 2000 years old. It goes back to the time of King Ashoka in the 3rd Century BC when Buddhism was introduced to Thailand from India. Buddhism is a common thread that runs through both nations. India’s bilateral relations with Thailand are rooted in history, age-old social and cultural interactions and extensive people to people contacts,” he added.

Lauding the “Act East Policy” and the political will of the Government of India and the States of the North East, Sangma said that Prime Minister Narendra Modi has given a lot of thrust on the North East for its economic growth that in turn is slowly bridging the infrastructure gap, which is creating an enabling environment for promoting trade and business ties with South East Asian nations.

“I strongly believe that the festival with its focus on ‘People to people exchange’ would help in unraveling many interesting similarities and shared aspirations of the people from these regions.

Sangma said that the opportunities in the North East should be portrayed to the investors in South East Asian nations, who can expand their businesses and trade relations with States in North East India.

“We as North East together have to come up with policies that would mutually benefit both the regions,” he said while adding that Thailand’s vision to establish mini FTAs in five States in India, including Assam will go a long way in promoting trade ties.

“It is evident from the fact that recently the Union Finance Minister announced that the Government of India is implementing various rail, road and air connectivity projects worth USD 17.19 billion in the northeast. India’s Act East policy has been complemented by Thailand’s Act West policy in bringing the two countries closer,” Sangma added.