“Article 21 comes to the rescue of all persons whose human rights are being violated whether they are citizens or foreigners,” NHRC member, Justice Mahesh Mittal Kumar said 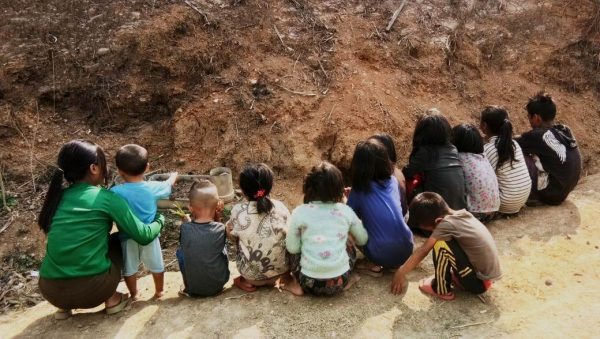 Shillong: Myanmar nationals who are taking refuge in India’s northeastern state of Mizoram and Manipur following the military coup in February, have the right to humanitarian aid from the State under any circumstances, National Human Rights Commission (NHRC) said on Wednesday.

“Article 21 comes to the rescue of all persons whose human rights are being violated whether they are citizens or foreigners,” NHRC member, Justice Mahesh Mittal Kumar told reporters at the end of the two-day “open hearing” of the commission here.

Rajya Sabha member K. Vanlalvena on Tuesday informed the Rajya Sabha that over 15,000 Myanmar nationals have taken refuge in Mizoram. He said majority of them taking sheltered in 15 relief camps set up jointly by the government and civil society organisations, some are accommodated by their relatives.

“The stand of the government of India on refugees is very clear. Buy there are international covenants. The doors of NHRC is open to any appeals from those concerned with these issues,” Justice Kumar said.

“Seeking asylum is a different process but for immediate humanitarian needs the NHRC is open to appeals on this count. We ask any concerned to write to us and we will take it up with the Government,” Justice Kumar said.

In his interaction with Myanmar nationals in Aizawl on Monday, Mizoram Chief Minister Zoramthanga had assured that his government would try its best to assist them.

“The Prime Minister assured me that they will make a plan to enable us to continue with our assistance to the Myanmar nationals. The Central government is willing to help, but it cannot directly help the Myanmar refugees because India is not a signatory to the U.N. Refugee Convention of 1951 and its 1967 Protocol,” the Chief Minister said.