"Delhi Government spends an average of Rs 2,000 per capita annually on free healthcare, to scale it up for 130 crore Indians we need barely 2.5 lakh crore," said Kejriwal. 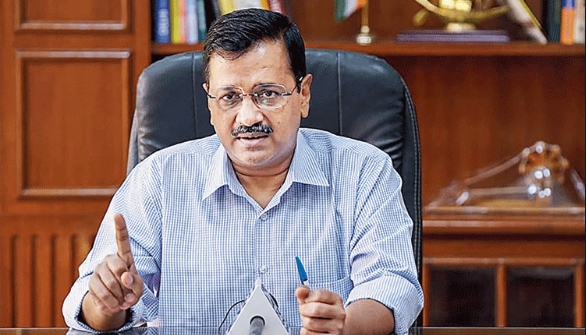 New Delhi: Delhi Chief Minister Arvind Kejriwal on Tuesday said if India has to emerge as a strong nation, we need to start working on a war footing to provide excellent and free education and healthcare to all.

“To provide good healthcare for free to every person, government hospitals will have to be developed on a large scale all over India, if it can happen in Delhi, it can happen in the whole country too,” he said.

“Delhi Government spends an average of Rs 2,000 per capita annually on free healthcare, to scale it up for 130 crore Indians we need barely 2.5 lakh crore,” said Kejriwal.

Kejriwal appealed to the Central government to work in collaboration with “progressive” state governments like Delhi for the development of the nation. He shared a 4-point vision that could make the country a rich superpower very soon-Transform all government schools in the country into world-class schools, Expanding the number of government schools, every corner of India should have a government school, Giving permanent jobs to all contractual teachers and hire more educators and Teachers who would undergo excellent training and if needed, go abroad for training.

“Poor people have no choice but to send their children to government schools. The condition of government schools is pitiable. No classes take place there. Infrastructure is in shambles. Ceilings are leaking and walls are damaged. In such a situation, children from poor families cannot study.

When they grow up, they will have to do odd jobs. If we transform the government schools across the country to make them excellent schools where they get quality education, they will write their destinies with their own hands by becoming doctors, engineers, businessmen, and lawyers,” he added.