After reaching the house where Bhagwan Birsa Munda was born she offered her floral tributes to the great tribal leader and also interacted with his descendants. 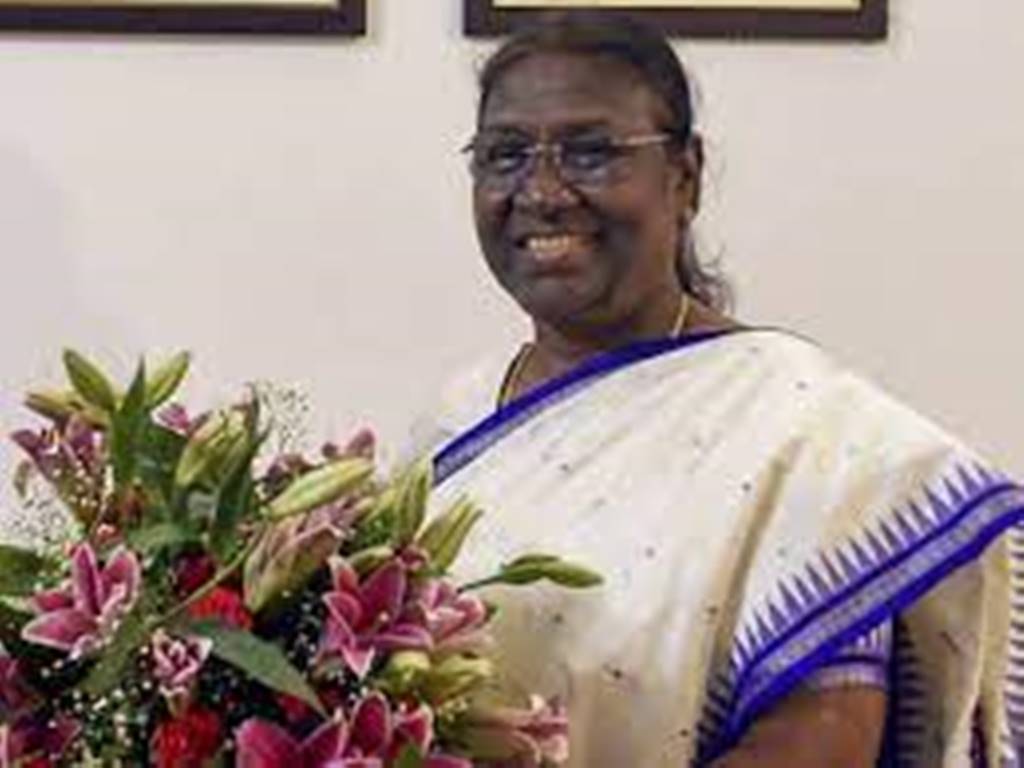 Ulihatu (Jharkhand): Droupadi Murmu became the first President to visit Ulihatu which is the birthplace of Bhagwan Birsa Munda and offered her tributes to the great tribal icon on his birth anniversary which also coincidences with the 22nd formation day of Jharkhand.

After reaching the house where Bhagwan Birsa Munda was born she offered her floral tributes to the great tribal leader and also interacted with his descendants.

Hailing from the Santhal Tribe herself the President spoke with the descendants of Bhagwan Birsa Munda in their local language. The people who still live in mud houses urged the President to get them pucca houses.

The President remained in Ulihatu for about thirty minutes after which she left for Ranchi from where she flew to Madhya Pradesh.

In wake of the arrival of the President, elaborate security arrangements had been made in Khunti and particularly in Ulihatu as even journalists who had gone to cover the event were stopped 10 kilometers before the venue.

Earlier upon her arrival at the Birsa Munda Airport, she was welcomed by Jharkhand Governor Ramesh Bais and Chief Minister Hemant Soren.

She was also given a guard of honor at the Airport.

After assuming the charge as President of India this was her first visit to Jharkhand.

Murmu has a fond attachment to the state as she had served as its first Tribal Governor and her tenure had lasted six years one month and 18 days during which she had remained away from any controversies.

She is also credited for taking many new and innovative steps for the improvement of education in Jharkhand during her stint as Governor.

On her return to the state capital from Ulihatu Governor Ramesh Bais Chief Minister Hemant Soren and Union Ministers, Arjun Munda and Annapurna Devi were present to see her off.

She was also presented with mementos on her way back by the dignitaries.