The electoral fate of as many as 47 candidates including BJP candidate Komatireddy Rajgopal Reddy, whose resignation from the Congress party in August this year caused the bypoll. 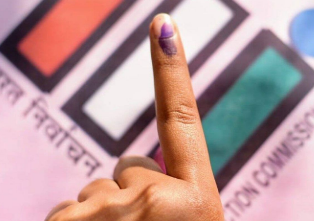 Nalgonda (Telangana): The counting of votes polled in Thursday’s fiercely fought by-election to the Munugodu Assembly constituency is slated to begin at 8 a.m. at the designated counting center arranged in the warehouse Corporation godown in Nalgonda city on Sunday.

The electoral fate of as many as 47 candidates including BJP candidate Komatireddy Rajgopal Reddy, whose resignation from the Congress party in August this year caused the bypoll.

The votes polled will be counted on 21 tables arranged for the task and it will be completed in 15 rounds.

The first round of counting will be held for Choutuppal Mandal and its result will be out by 9 am. The final result will be declared by tomorrow evening, Official sources said.

The EVMs from 298 polling stations have been shifted to strong rooms in the Warehouse Corporation godown amid tight security. Three-layer security was provided to the strong rooms.

The byelection saw a record voter turnout of 93.13%, surpassing 91.30% in the 2018 Assembly election, with as many as 2,25,192 electors of the total voters of 2,41,805 exercising their franchise, considered as the prestigious bypoll for the ruling TRS and both the National parties – the BJP and the Congress.

As many as 686 postal ballots were not included in the total votes, Telangana Chief Electoral Officer (CEO) Vikas Raj said.

“The turnout is a record.. The last Electronic Voting Machine was received at 1.30 am on Friday at the strong room at Warehouse Corporation godown and it was sealed by 4.30 am,” Raj said.

In the 2018 election, Rajagopal Reddy had won the Munugode Assembly seat on Congress ticket, defeating his nearest rival K. Prabhakar Reddy of TRS by 23,552 votes.