"Any such actions by any party directly infringe on India's sovereignty and territorial integrity. 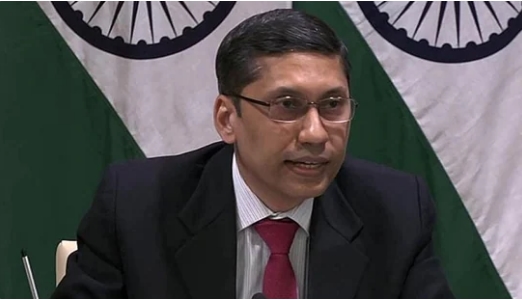 New Delhi: India on Tuesday slammed the China-Pakistan joint proposal to invite a third country to CPEC saying the territory is illegally occupied by Pakistan and such activities are “inherently illegal, illegitimate and unacceptable” and will invite action.

The China-Pakistan Economic Corridor (CPEC) is a $60 billion flagship project of the Belt and Road Initiative (BRI) of the Chinese government that is promoted by President Xi Jinping and passes through Pakistan-occupied Kashmir (PoK).

“Any such actions by any party directly infringe on India’s sovereignty and territorial integrity.

“India firmly and consistently opposes projects in the so-called CPEC, which are in Indian territory that has been illegally occupied by Pakistan. Such activities are inherently illegal, illegitimate, and unacceptable, and will be treated accordingly by India,” he added.

The MEA statement came amid reports of Pakistan and China preparing to welcome “interested” third countries to join their multi-billion dollar project being laid through PoK.

China and Pakistan met last week virtually when the CPEC Joint Working Group invited third parties saying it is “an open and inclusive platform” for mutually beneficial cooperation. It was the third meeting of the CPEC JWG on International Cooperation and Coordination.