She alleged that the government ignored expert advice and refused to strengthen the supply chains for oxygen, medicine, and ventilators. 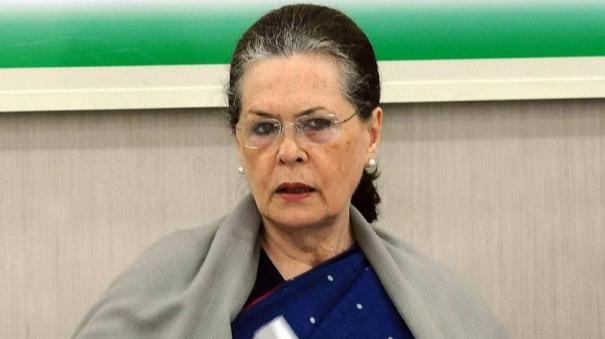 New Delhi: Terming India under a grip of deadly health disaster, Congress president Sonia Gandhi on Friday came down heavily on the ruling-BJP government, accusing the latter of abdicating from its responsibilities towards the people.

“And what is the Modi government doing? Instead of alleviating their [people’s] suffering and pain, it has abdicated its fundamental responsibilities and duties towards the people,” Ms Gandhi said while addressing the Congress Parliamentary Party (CPP) meeting virtually.

She alleged that that government ignored expert advice and refused to strengthen the supply chains for oxygen, medicine, and ventilators.

In an apparent reference to the Rs 20,000 cr Central Vista Project, Ms Gandhi said that the government failed to place sufficient orders for vaccines in time to meet the needs of our people. “Instead, it consciously chose to allocate thousands of crores for non-essential projects that have nothing to do with the peoples’ well-being,” the Congress leader said.

She further charged that some BJP governments have been using the state’s repressive power to arrest people merely for crying out for help. Though she didn’t name any state government, however, it was clear that she was referring to a case of Uttar Pradesh government where a man was booked for allegedly spreading rumours on social media about oxygen scarcity.

The Congress president acknowledged the efforts of youth Congress in extending a helping hand amid these pandemic times.