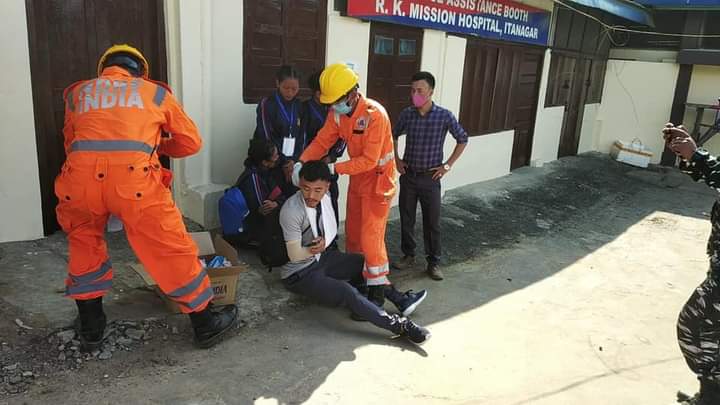 The objective of the mock drill was to review the emergency preparedness plan of all the stakeholders and other responding agencies and evaluate standard operating procedure, so that concerned persons would deliver their duties effectively while keeping in cognizance of life and property, an official release said.

During the debriefing, disaster management authorities were asked to share good points, input, and shortcomings experienced during the mock drill in their respective districts. Most of the districts mentioned lack of communication network as a major issue faced by them. The importance of setting up wireless communication in each of the districts was specified by the SDMA. Further, they mentioned the shortage of search and rescue equipment in the districts.

Maj General (Retd) Jarken Gamlin shared his experience of rescue and relief during the earthquake that occurred in Nepal on 25th April 2015. He also shared various issues faced during the rescue operation and advised the SDMA and DDMAs to be prepared for such disasters.