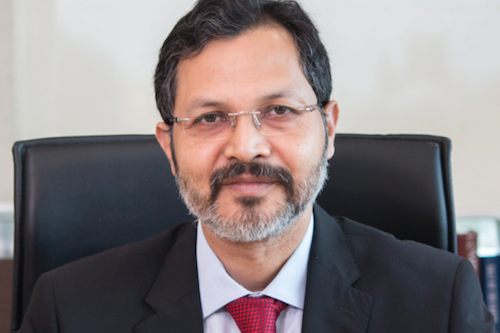 Kolkata: India’s largest business-to-business (B2B) e-commerce company mjunction services limited is targeting a 25 per cent growth in FY23 after closing the previous fiscal with its best topline since inception.

The company, a joint venture between Steel Authority of India Limited (SAIL) and Tata Steel, has also embarked on a structured initiative to identify new growth engines for its next growth leap.

“By the time we reached the third quarter of the last financial year, we knew we were well set to break our previous topline record,” Varma said.

The total value of transactions on mjunction’s various platforms stood at nearly Rs 2 lakh crore in FY22, he informed.

The company, which began its journey in 2001 as a B2B electronic auction solutions provider, has over the years diversified and transformed into an integrated digital e-marketplace, helping customers meet their challenges related to sales and procurement.

The Indian Institute of Technology, Kanpur alumnus said the company’s vision is to grow by at least 20-25 percent annually.

“It is the vision that is the guiding force for us… that gives us the direction which is very clear. We will pursue topline as well as bottomline growth,” said Varma, while disclosing that over 200 large and three lakh small and medium enterprises in India are transacting through its platform now.

The Kolkata-headquartered company, which is present in more than 50 locations in the country and has opened branches in UAE (Dubai) and the UK over the last couple of years, conducted 60,000 e-auctions in FY22 across several categories both for buying and selling.

“In the last three years, we have added many locations, especially when we started our foray in the agri-produce sector, helping companies sell to buyers of wheat, rice, oilseeds, pulses, etc.

“Our objective is that while everything – all our processes – is digital and online, many times small enterprises need a local person to interact with for clarifications. They feel much comfortable that way and that’s the reason that we have ensured our presence in these locations,” he said.

Speaking about the company’s international businesses, he said they presently contribute around two-three percent to the overall revenue.

“We expect that in the next three years, by fiscal 2025, they would account for about 10 percent of our revenues, which means a huge ramp-up,” he said. As of now, the plan is to consolidate the two international branches (in UAE and UK) and continue to support the other regions from outside.

Asked to name the sectors which would fuel the company’s growth in the coming years, Varma mentioned agri-produce, sale of fly ash, sale of by-products for the oil and gas sector, natural gas and the e-auction of scrap.

“There are several new sectors that we have got into. For example, we are now focusing on the sale of by-products for the oil and gas sector. So that is an area that will fuel growth. And also, procurement of scrap remains one of our prominent categories.”

“Our focus is to solve problems for the industry. We know that many of the large enterprises, especially the power plants as well as entities that have captive power plants, have a problem in terms of selling their fly ash. So we help them sell that in an efficient and transparent way.”

The company is also developing a customised solution to help large ships procure or finalise the purchase of bunker oil “effectively and efficiently” for their trips.