Chinese media have been publishing photos and videos of the tennis player smiling and having dinner with friends. 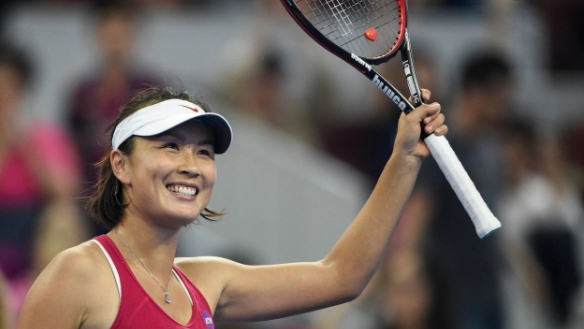 Beijing: Missing Chinese tennis star Peng Shuai appeared in public on Sunday, for the first time in several weeks, according to video footage released by the chief editor of the Global Times newspaper, Hu Xijin.

On November 2, 35-year-old Peng posted a statement on Weibo (China’s Twitter-like social media platform), accusing the Chinese former vice-premier, 75-year-old Zhang Gaoli, of sexually assaulting her. The post was immediately deleted, Peng`s accounts were also removed from the Chinese social networks. After making the allegations, the tennis player was not seen in public, fueling concerns over her fate.

On Saturday, Britain’s Foreign Office said it was extremely concerned about Peng Shuai and called on China to release “verifiable evidence of her safety and whereabouts,” according to The Guardian. White House press secretary Jen Psaki made similar demands on Friday.

Chinese media have been publishing photos and videos of the tennis player smiling and having dinner with friends.

The Women’s Tennis Association (WTA) has stated that it was prepared to suspend tournaments in China until sexual assault allegations made by Peng Shuai are properly investigated.