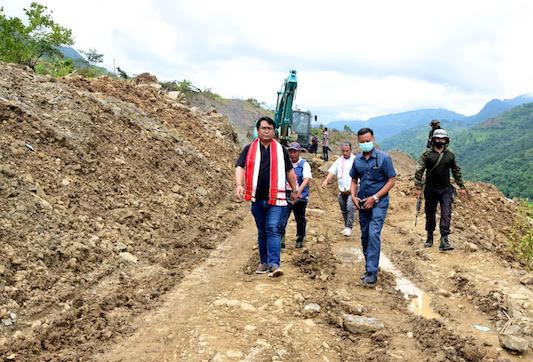 Imphal: A ministerial team led by Health and IPR Minister Dr. S. Ranjan Singh has visited the Tupul landslide site where rescue and relief operations are going on.

Speaking to the media, Minister Ranjan, at the spot, said that it is a very unfortunate incident which nobody expected. Such a very rarely occurring natural disaster in the state losing the lives of many persons including Territorial Army (TA) personnel, civilians and railway staff and workers have given a shock not only to the people of the state but to all over the country. The state government will extend all possible help in the rescue and search operation, he added.

The ministerial team also had a discussion about the strategies of the ongoing search and rescue operations with the experts.