Rajnagar Mangrove Forest and wildlife Division DFO Jangyadatta Pati said the survey would be held on January 11 and the enumerators will submit the enumeration data on January 13 . 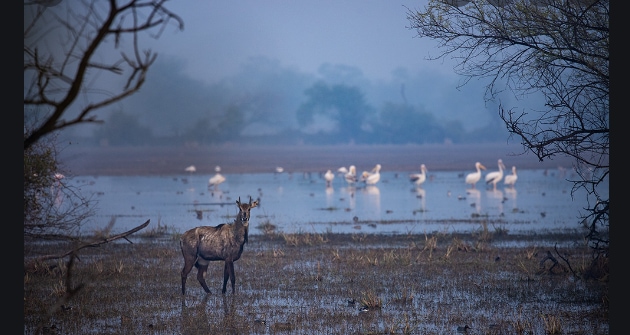 Kendrapada: The Midwinter waterfall bird status survey -2022 is scheduled to be carried out in five forest and wildlife ranges of Bhitarkanika National Park from January 11 next.

Rajnagar Mangrove Forest and wildlife Division DFO Jangyadatta Pati said the survey would be held on January 11 and the enumerators will submit the enumeration data on January 13 .

The Bhitarkanika forest officials along with the renowned ornithologist, bird experts and researchers will conduct a bird status survey at Satabhaya, Raitapatia, Brunei Muhana, Charaka, Praharajpur and Bagagahan under Bhitarkanika National park.

While the forest officials would count the avian species with the traditional method of ‘’ Direct Sighting “ the wildlife researchers and ornithologists would use binocular and cameras to count birds.

Every year with the arrival of winter, Bhitarkanika water bodies, the abode of avian species wears a colourful look .

Migratory birds fly thousands of miles to Bhitarakanika to escape the harsh winter in Siberia, Afghanistan, Iraq, northern Asia and some central European countries. They generally stay in Bhitarakanika for about three to four months.

The Bhitarkanika is stated to be the transit point for the migratory bird species .

The migratory birds, returns when the waterbodies in and around the Bhitarkanika National Park started drying up.
Official sources said as per the report of mid-winter waterfall bird status survey -2021, as many as 121 bird species with a population of 1,36,092 had thronged Bhitarkanika National park in last winter season.