Although Messi's considerable wage bill is no longer an issue for the club, Barca have not been able to register any of their summer signings of Memphis Depay, Sergio Aguero, Eric Garcia or Emerson Royal into their squad to compete in La Liga, because the club is still failing to meet La Liga's financial conditions. 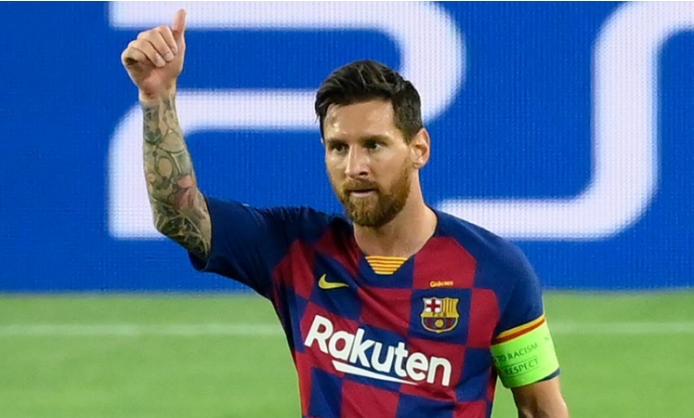 Madrid: FC Barcelona have lost Lionel Messi and seen their iconic former player move to Paris Saint-Germain after being unable to fit his new contract into the financial restrictions imposed on Barcelona, but the problems are far from over for Barca president Joan Laporta on the verge of the new season.

Although Messi’s considerable wage bill is no longer an issue for the club, Barca have not been able to register any of their summer signings of Memphis Depay, Sergio Aguero, Eric Garcia or Emerson Royal into their squad to compete in La Liga, because the club is still failing to meet La Liga’s financial conditions.

Barca have to reduce their wage bill to 73 per cent of the club’s income before these players can be included, and according to reports in the Spanish media, that wage bill is still an unsustainable 95 per cent of income.

That means the club has to either negotiate further wage reductions with the first-team squad or move players on before August 13, which is when the first squad list has to be submitted to La Liga.

Barca have some leeway with Aguero, who is out injured until November, but not with the other three players, and the club is looking to its highly paid veterans Sergio Busquets, Gerard Pique, Sergi Roberto and Jordi Alba to all accept further cuts in the coming 48 hours, while also looking to complete a deal that would see Miralem Pjanic return to Juventus on loan.

The club also wants to either sell or loan out central defender Samuel Umtiti, but the Frenchman’s injury problems and dip in form in recent seasons means it is virtually impossible that any club would be willing to pay Umtiti anything close to what he earns at the Camp Nou.

Currently, the only new arrival who could play for Barca when they kick off the new season at home to Real Sociedad on Sunday is 18-year-old Yusuf Demir, who has impressed in pre-season since arriving on loan from Rapid Vienna. The reason Demir can play is that he is registered for Barca’s B-team squad.

The good news for Barca is that the squad list the club has to present on August 13 is not definitive and can be changed when the transfer window closes at the end of the month, but after a difficult week, Laporta and the club have more complicated decisions ahead of them.