Sangma said the FIR filed against him was registered and transferred to Shella Police station and an investigation was carried out. 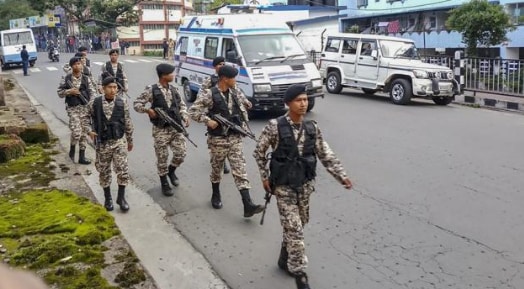 Shillong: Meghalaya Chief Minister Conrad K Sangma on Wednesday informed the Assembly that the state police have done their best to track one Vicky Dey and some others, who tried to spread hatred and poor image of the State and incite communal tension between tribals and non-tribals.

Sangma said that despite the hard work of the police, they are yet to arrest Dey as he has been absconding.

Replying to a calling attention motion moved by opposition member George B. Lyngdoh of the Congress, Sangma said the state police have filed an FIR against Dey at Shillong Sadar Police Station to investigate into the matter.

In the video, Dey had alleged that some NGOs are forcing non-tribals to shut down their shops in Ichamati.

Sangma said the FIR filed against him was registered and transferred to Shella Police station and an investigation was carried out.

Look-out notices were also issued to the Superintendent of Police of North Goa and South Goa as it was suspected that Dey had been hiding there but Goa police informed that the accused could not be traced, Sangma said.

The Chief Minister said that the lookout notices have been sent to Lal Bazar Police Headquarters in Kolkata, adding that the State Superintendent of Police (CID) Meghalaya has also sent look out notices to all the states of the country, even as he informed that the states were yet to respond.

“I can assure that we will do everything in our capacity to ensure that we reach to the logical conclusion of this particular case,” the Chief Minister told the House.

The Chief Minister rejected the allegation of incompetency of the state police and criticised the Opposition member for painting a poor image of the police, who, he said, needed to be appreciated for their hard work.
Earlier, while moving the calling attention motion, Lyngdoh said that it was nearly one year since an FIR had been lodged against Dey who has allegedly spread hate videos that speak ill against the people and insult the leaders of the State.

“There are serious violations of freedom of speech and expression and this person is on a mission to taint the character of Meghalaya citizens and spread false information about the State. The fact is that this person is repeatingly with his actions to spread hatred and attempts to bring a communal divide. It speaks of his agenda to malign the image of the State and their attempt to scare people living in other parts of the country,” the Congress legislator said, urging the government to ensure that the hate videos are taken out of circulation immediately.

Lyngdoh also slammed the inaction of the Meghalaya police to arrest Dey has led to people of the state drawing many conclusions that our state police is incapable in responding to challenges of hate crimes that has been committed against us by people from other states and other parts of the world.

“People are comparing this inaction of the state police against the prompt and swift action of Nagaland police and Arunachal Pradesh police when such videos are being circulated in the internet or in social media. Our state police is being tagged as incompetent and laidback,” the Congress informed the House.

Assam, Meghalaya CMs to meet Shah on flood and landslides