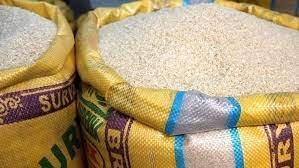 Shillong: Meghalaya Chief Minister Conrad K Sangma on Monday announced that an independent inquiry will be conducted into the alleged “rice scam”, where Assam police had seized one lakh bags of rice from a private go-down at Boko in Assam’s Kamrup district.
“In the interest of ensuring that full transparency is there so that the people and the general public are fully satisfied, we will be constituting an enquiry commission into this issue,” Sangma told reporters.

The Chief Minister said that the inquiry committee would be headed by a retired judge and will be given two-three months’ time to submit its report on the matter.
He said the process will start within a day or two,
Sangma said that there has been slight confusion on the subject as there are certain sections who may try to come out and twist the information and facts and try to look at only certain facts.
“Therefore, we want to be very transparent and we want to assure the people that there is no such scam or any kind of misappropriation that is taking place. So for their satisfaction, we are ready and we will be setting up an inquiry into this,” the Chief Minister noted.
The Assam Police had seized one lakh sacks of rice belonging to Meghalaya under the FNP scheme from a private go-down in Boko recently, in the wake of which the opposition Congress and also the BJP, which is part of the ruling Meghalaya Democratic Alliance have demanded an inquiry into the alleged food-grain scam, involving diversion of one lakh bags of PDS rice meant for Meghalaya.
Assam police revealed that one lakh sacks of rice belonging to Meghalaya under the Fortified Nutrition Programme were found stocked in a godown in the premises of Maruti Quality Products Pvt Ltd, located in the Chhaygoan Industrial Development Centre, Chhatabari under the Boko Police Station, which is actually to the west of Guwahati.
Assam police said that the rice was being repackaged into East Sunrise bags.