Dr. N. Mozika, the amicus curiae pointed out that several names indicated in the table furnished by the state do not figure in the earlier reports. 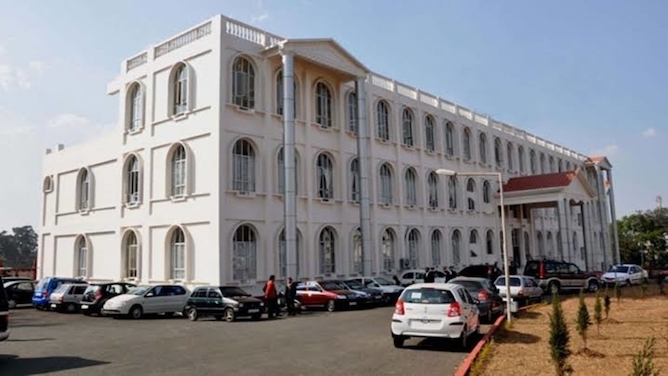 Shillong: A division bench of the Meghalaya High Court has directed the Inspector General of Prisons to file an additional affidavit indicating the complete list of persons who have died in custody since 2012.

Hearing a PIL on custodial Vs. violence & other matters relating to prison conditions in the State, a division bench of the court comprising of Chief Justice Sanjeeb Banerjee and Justice Hamarsan Sing Thangkhiew said that the affidavit will be counter-verified by the Chief Secretary to the State and both affidavits should be filed within the next ten days.

“It would be best if a particular cut-off date were to be indicated. The affidavit should also confirm that there has been no custodial death other than those indicated in such affidavit so that if any anomaly is found or any further name discovered, appropriate action may be taken against the Inspector General inspector-general,” the Court said.

Pursuant to the order dated March 31, 2022, an executive summary of the more detailed report filed earlier was submitted with the particulars of the persons who died in custody since 2012 apparently indicated in tabular form.

“However, there appears to be no death in custody in the year 2012. While that is possible, the state should again confirm the same,” the order said.

Dr. N. Mozika, the amicus curiae pointed out that several names indicated in the table furnished by the state do not figure in the earlier reports.

“It is necessary that the heirs of such persons whose names have been disclosed as persons who died in custody for the first time today, should be impleaded as parties,” the bench said, adding that the State should furnish the particulars of such heirs so that they may be impleaded in the present proceedings and, upon due compensation being decided, the rightful persons may obtain the same.

The court found it more alarming that in an affidavit on February 26, 2018, affirmed by the then under-secretary to the state, the office of the Director of Health Services (MI) indicated the names of five persons who died in custody in 2013 and 2014 but the year of death of the fifth person was not indicated in the table appended to the relevant affidavit; but these names do not figure in the voluminous particulars filed on behalf of the State now.

“Such five names have also not been included in the table appended to the executive summary, though the affidavit in support thereof claims the table to be the exhaustive list of persons who have died in custody in the State since 2012,” the Court said.