This decision was taken on Tuesday at a meeting chaired by Deputy Chief Minister Prestone Tynsong with officials of the state Urban Affairs department, Shillong Municipal Board and  Deputy Commissioner (Revenue) 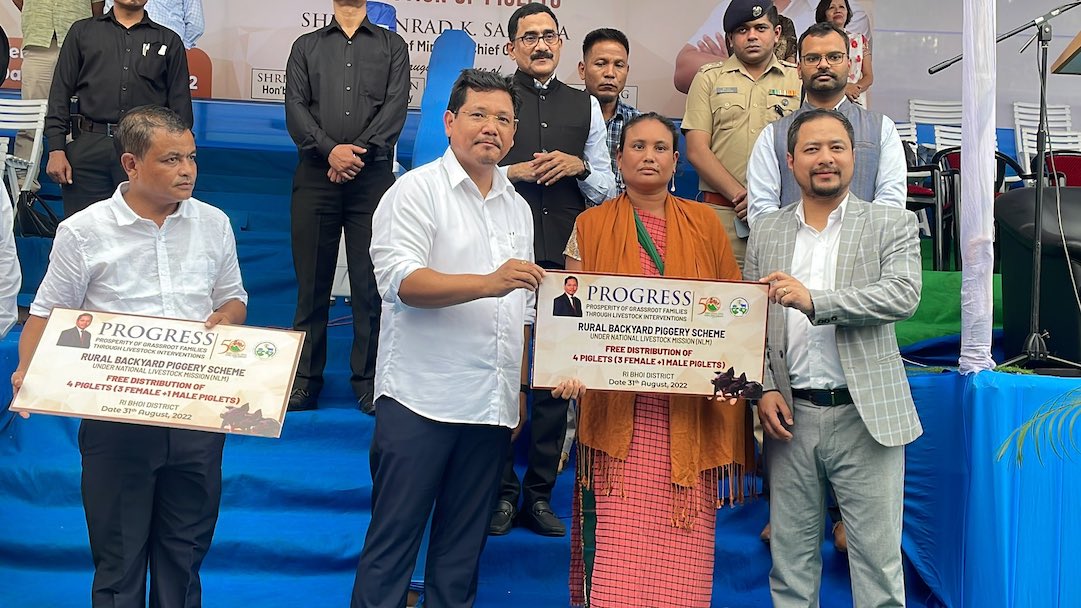 Shillong: The Meghalaya government has finally decided to relocate 342 residents, mostly Dalit or Mazhabi Sikhs, from the Harijan colony (Sweeper’s Colony) to the existing Shillong Municipal Board (SMB) quarters.

This decision was taken on Tuesday at a meeting chaired by Deputy Chief Minister Prestone Tynsong with officials of the state Urban Affairs department, Shillong Municipal Board and  Deputy Commissioner (Revenue) in presence of Urban Affairs Minister Sniawbhalang Dhar.

Tynsong said the the 342 families would be relocated to the existing SMB Quarters at Bishop Cotton road and provided housing units in the new location.

The state government wanted to relocate the Dalit Sikhs from the 2-acre Harijan Colony, also known as Punjabi Lane or Sweepers’ Lane, adjoining Iewduh, the commercial hub of Meghalaya’s capital Shillong, but the settlers have been against it.

There are multiple court cases that have been filed over the years.

In fact , this is the same location (Bishop Cotton road) where successive governments have tried to relocate the residents from Harijan colony and failed.

“As per the technical assessment of the Urban Affairs department it’s possible to relocate all the 342 families in this location. 12 blocks would be built with 30 to 40 flats in each block. Each family would get a flat,” the Deputy Chief Minister told reporters.

Tynsong said the Urban Affairs department has been asked to prepare the Detailed Project Report for constructing the building at the proposed relocation site.

“We have 2.4 acre in this present site…however the existing building is not strong,” Tynsong said, suggesting that these would be demolished to make way for the new construction.

Earlier, the Harijan panchayat have said that they don’t oppose relocation, but if they are relocated they should be provided “ownership rights over 200 square meter of land.”

Gurjit Singh, the Secretary of the Harijan Panchayat Committee, had said that the residents are against moving into a high rise building and all they want is the land and also the cost of building their houses.

“We will build our houses. The current quarters where we are staying has not even lasted 20 years  as it was built by the government through different builders,” the Panchayat leader said.

The contention of the residents is that the land where they dwell currently was gifted to them by the Syiem (chief) of Mylliem to their forefathers in 1853.

However, the State Government and the Shillong Municipal Board signed a tripartite agreement to take possession of the land from the Syiem of Mylliem.

For more than two decades, several indigenous Khasi civil society groups have demanded from the Meghalaya to re-locate Sikh residents, living there since British times, from Sweepers Lane as most of them are “illegal settlers”.