The matter has been before the Courts for several years and in many of these proceedings, the state government’s interference has been questioned as it was not a party to the dispute. 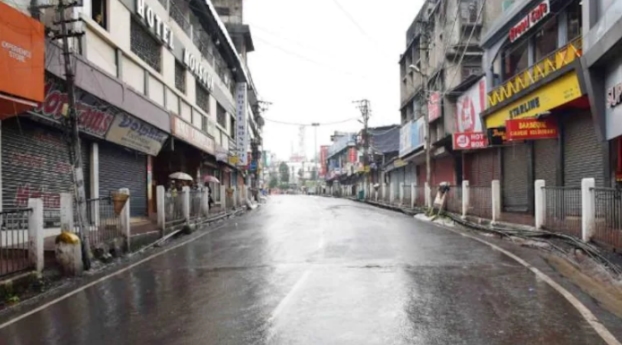 Shillong: The Meghalaya Government has taken legal possession of the Sweeper’s Lane which is occupied by Dalit Sikhs through a leased deed on Friday, an official said.

The state government executed a tripartite lease agreement together with the Syiem (Khasi chieftain) of Hima Mylliem and the Shillong Municipal Board. The State government is now in possession of the land measuring 12444.13 square meters.

“I on behalf of the Government of Meghalaya (first-party) hereby accept the handover of the said demised leased premises to the first party,” Kharmawphlang further noted in the letter.

Wahlang is also the member secretary of the High-Level Committee headed by Deputy Chief Minister Prestone Tynsong which had recommended for relocation of Dalit Sikhs from the sweeper colony.
For more than two decades, several indigenous Khasi civil society groups have demanded from the Meghalaya government to re-locate Sikh residents, living there since British times, from Sweepers Lane as most of them are “illegal settlers”.

The matter has been before the Courts for several years and in many of these proceedings, the state government’s interference has been questioned as it was not a party to the dispute.

Therefore this lease agreement would bring the government directly in the dispute and it would be able to argue forcefully before the courts now for the relocation of the residents, legal experts said.

Earlier, the Harijan Panchayat Committee (HPC) has rejected the HLC report and vowed to “fight tooth and nail and stop all illegal acts of the Meghalaya government.”

“We will fight for our rights till our last breath. We will die for our land and will not allow any illegal, unlawful, unethical and unjust action by the Meghalaya government,” HPC secretary Gurjit Singh had said.
Singh said the matter is sub-judice in the Supreme Court and the Meghalaya government would be committing a breach of procedures if it insists on going ahead with its illegal plans.

“We are the legitimate owners of the so-called disputed 2.5 acres of land, as it was gifted to our ancestors by the tribal chief Syiem of Hima Mylliem. No one else has the right to this land,” the Panchayat leader asserted.