At least four of the five miners are still trapped inside a 500-feet flooded “rat-hope” coal pit following a dynamite explosion. 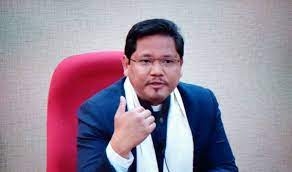 Shillong: Meghalaya’s opposition Congress on Saturday accused the National People’s Party (NPP)-led ruling Meghalaya Democratic Alliance (MDA) of enacting ‘drama’ over the illegal coal mining in the State and maintained that the government was ever prompt in refuting that there was any illegal coal mining and transportation of the mineral.

“The government is always in prompt denial mode and that is their modus operandi,” Leader of Opposition, Dr. Mukul Sangma told reporters while referring to another mine tragedy at Umpleng, East Jaintia Hills district.

At least four of the five miners are still trapped inside a 500-feet flooded “rat-hope”coal pit following a dynamite explosion.

On Wednesday, a combined team of the Indian Navy and National and State Disaster Response Force besides Fire and Emergency Services had fished out highly decomposed unidentified body from the coal pit.

“This denial is well scripted and more like a drama where same lines are repeated in every show,” Samgma said.

“They can’t speak other than that,” Sangma quipped and also alleged that when all are focused on fighting the pandemic the State government was focused “somewhere else”, which was “not to enrich the State but to enrich someone else”.

The former Chief Minister also said that unless there is an independent enquiry into the illegalities in coal mining and transportation in the State the truth cannot be uncovered.

He maintained that circumstantial evidences are “so strong” that it will not be difficult for any independent body probing the matter to prove beyond doubt the illegal coal mining and transportation taking place in the state.