The government had sacked a total of 800 contractual teachers after they failed to clear the Meghalaya Teacher Eligibility Test (MTET). 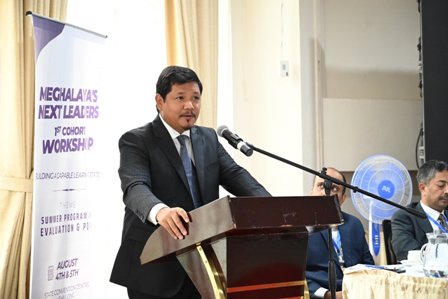 After the meeting, MGLPSTA president, Birbor Riangtem, said, “The Chief Minister made it clear to us that the government cannot accede to their demand to reinstate them. Instead, he blamed the previous government for its inaction.”

“We have been appointed in Lower Primary and Upper Primary schools from 2010 onwards to educate children. MTET was introduced in 2010, the examination was conducted only in 2019 and by that time we were over-aged and many of us were not qualified,” he said.

The contractual teachers have launched their agitation since Monday. Initially, they staged a sit-in outside the Chief Minister’s bungalow , but later were asked to shift their protest venue to a location near the Meghalaya Board of School Education (MBoSE) office.