Recently, State BJP minister Alexander Laloo Hek has sought for blacklisting of contractors who have failed to complete their road projects. 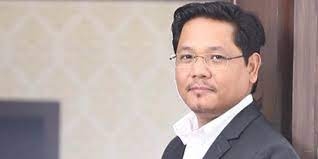 During a press meet on Friday, Sangma was asked about the implementation of road projects in the state especially under PMGSY to provide road connectivity to unconnected villages in the state where contractors have abandoned a number of projects halfway.

Recently, State BJP minister Alexander Laloo Hek has sought for blacklisting of contractors who have failed to complete their road projects.

Hek spoke highly about various road projects sanctioned by the BJP-led NDA government for Meghalaya, and he stated that as desired by the Central government, all such projects should be completed and implemented properly for the benefit of the people.

He also said that contractors who compromised the quality of work and did not construct the road properly or abandoned the road projects half way, should be blacklisted, while urging the people to inform the government if they found such contractors.

The Chief Minister while agreeing with Hek on this, admitted that many contractors were blacklisted.

Stating that he used to review the implementation of PMGSY roads in the state even when he was the Member of Parliament, Sangma said that he would not be able to tell the number of contractors who have been blacklisted for not doing the work properly or for abandoning the road projects.

“There were many contractors who have been blacklisted including those who got the road projects since the year 2001,” he said.

He also lauded the Central government and Deputy Chief Minister, Prestone Tynsong, who looks after Public Works Department (Roads), as the state has been awarded many road projects including those under PMGSY.