His first-half penalty put Argentina ahead, before Angel Di Maria struck the second before the break. 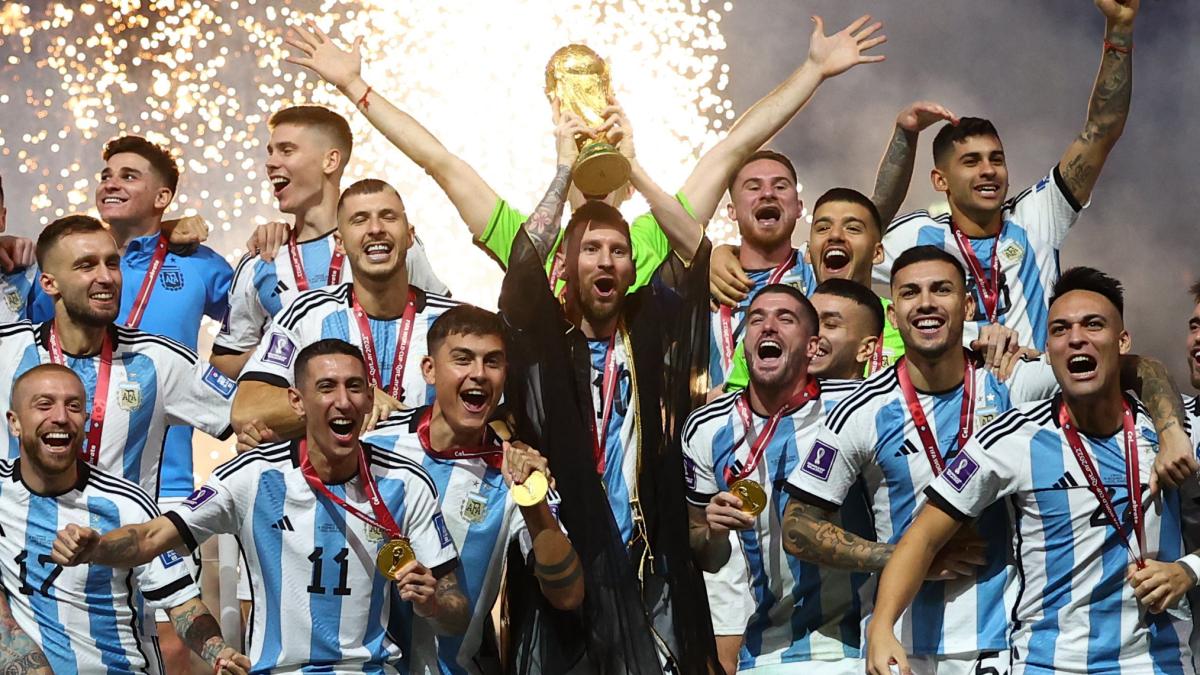 Lusail: After a drought for 36 years, Argentina had their World Cup glory with a 4-2 penalty shootout win over defending champions France in an all-time remarkable final.

Much was at stake for Lionel Messi who was probably playing his farewell World Cup, grabbed the highest tag in the football field in the twilight of his outstanding career.

His first-half penalty put Argentina ahead, before Angel Di Maria struck the second before the break.

Les Blues were nowhere a match to the footballing skills of the South Americans, until Kylian Mbappe stepped up and scored twice in the space of 97 seconds to push the final to extra-time.

Until midway, the scores were level and Messi put Argentina in front again, but Mbappe stepped up again with another penalty to seal a stunning hattrick as it finished 3-3.

That was not enough as Argentina held their nerve in the shootout.

Emi Martinez saved Kingsley Coman’s spot-kick, before Aurelien Tchouameni dragged his penalty wide. Argentina hung on the cusp of a greatest win, setting the stage for Gonzalo Montiel to be the hero.

Argentina brought Di Maria into the side for the final, while France had Dayot Upamecano and Adrien Rabiot return after both missed the semifinal win over Morocco.

Les Blues had a virus in their camp in the build-up to the match and that was quiet evident on the pitch as they fell behind therefore, as Di Maria trespassed Ousmane Dembele and was brought down in the box. Messi strolled up and rolled the penalty into the bottom corner, as Hugo Lloris went the wrong way.

Largely anonymous until 68 minutes, Mbappe blasted a strike over soon after from the edge of the box on a header off Randal Kolo Muani. Thereafter it was the Mbappe show. Kolo Muani was brought down in the box by Nicolas Otamendi, and France’s main man just about put enough on the penalty to squeeze through Emi Martinez.

Argentina barely had time to panic – 97 seconds later France were level when Mbappe fired a stunning volley into the bottom corner in truly remarkable fashion.

After a relatively calm first period of extra-time, Messi put his country in front again.

Mbappe became the first player since Geoff Hurst to score a World Cup final hat trick, as the referee pointed to the spot with two minutes of extra-time remaining.

He held his nerve in the shootout too, as did Messi, with the pair stepping up first for their countries.

Coman and Tchouameni could not fire their spotkicks as Martinez put on a masterclass in mind-games, before Montiel sparked wild celebrations.