Mary Kom breaks down in tears after Tokyo Olympics exit

Mary Kom had tears in her eyes and a wide smile on her face when the referee raised Valencia's hand at the end of the bout, exhausted after the intense clash. 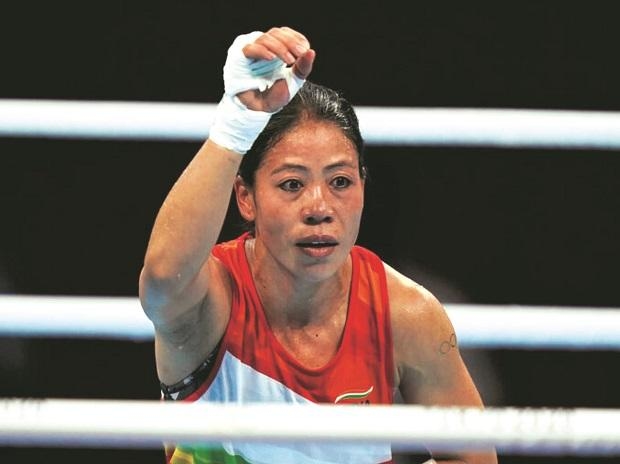 New Delhi:  Mangte Chungneijang Mary Kom’s bid for a second Olympic medal ended in heartbreak after she lost a close fight against Colombian Ingrit Valencia in the women’s flyweight pre-quarterfinals at Tokyo 2020 on Thursday.

Mary Kom lost by split decision against her Colombian opponent but the six-time world champion was stunned with the final result as 2 judges ruled the bout in favour of Ingrit while two went with the Indian boxing legend.

“I don’t know what happened, I thought in the first round, we were both trying to figure out our strategies and I won the next two,” said the perplexed legend after the bout.

The Indian trailed 4-1 in the opening round with four of the five judges scoring it 10-9 in favour of Valencia.

In the next two rounds, Mary Kom got three of the five judges to rule in her favour but the overall scoreline was still in favour of Valencia.

The Manipuri clinched the third round too but once again, it was 3-2 and not 4-1 which is what she needed to swing the final score in her favour.

The 38-year-old, who is a multiple-time Asian champion and a bronze-winner from the 2012 London olympics, lost 2-3 to the Colombian, giving it her all in what would now be her final Olympic bout.

Mary Kom had tears in her eyes and a wide smile on her face when the referee raised Valencia’s hand at the end of the bout, exhausted after the intense clash.

The way Valencia rushed in when the first bell rang, it was quite obvious that the bout would be high voltage and it was exactly how it turned out to be.

The two were attacking each other from word go and Valencia seemed determined to avenge her previous two losses to the icon.

The Manipuri veteran fought back to claim the second and the third round, landing her trademark right hooks to perfection. She also deserves credit for keeping the intensity consistently high despite the draining fight. With agency inputs