Police on Saturday said a Maoist squad led by CPI Maoist regional commander Ravindra Ganjhu executed the incident in the middle of the night on Friday. 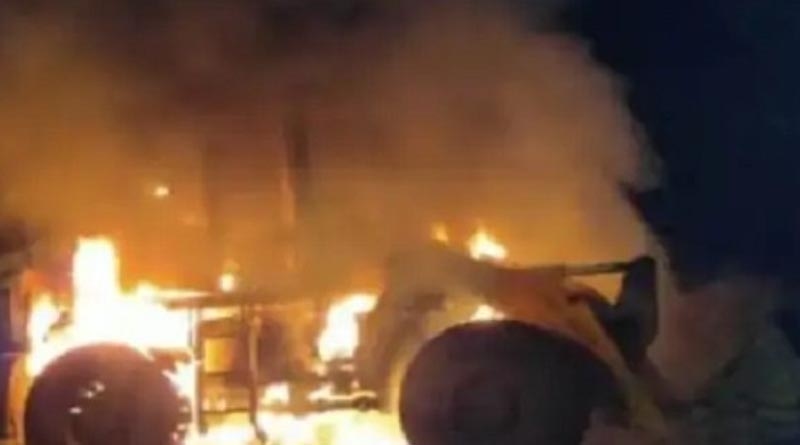 Gumla (Jharkhand): Maoist Ultras set ablaze 14 vehicles at a bauxite mine in the Kujaam area of Bishunpur Police Station in this district.

Police on Saturday said a Maoist squad led by CPI Maoist regional commander Ravindra Ganjhu executed the incident in the middle of the night on Friday.

On Saturday, SDPO Manish Chandra Lal reached the scene and assessed the situation.

The vehicles which have been set on fire included 2 drill machines, 2 JCB machines, 4 Hyvas, 6 excavator machines.

These vehicles belong to Hindalco, NKCPL etc. Police said the incident has been executed at bauxite mine number four.

From the spot posters of the Maoists have also been recovered. The workers fled the site after the incident despite being just a short distance from the Kujaam police picket.

Police sources said the Maoists had arrived in two four-wheelers and were nearly 20 in number, led by Ranthu Oraon and Lajim Ansari who are carrying rewards of Rs 5 lakh and Rs 2 lakh respectively.

Through the posters, the Maoists have warned companies involved in mining works of further grave consequences. The Maoists said till further orders the work should be stopped.