Chief Minister N Biren Singh announced this while speaking during the inauguration of MANITEX, Manipur International Textile Expo at the Urban Haat Nilakuthi here. The Expo will continue till November 14. 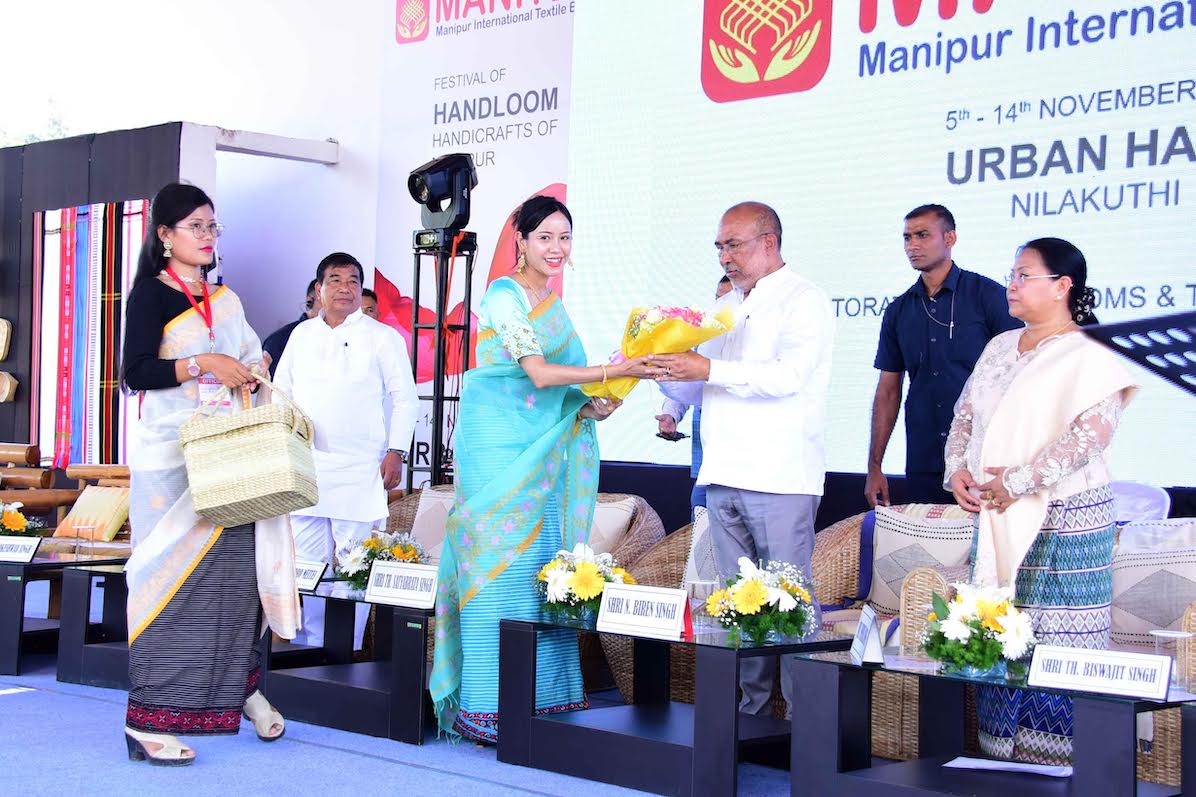 Imphal: Manipur Chief Minister N. Biren Singh on Saturday said financial assistance through direct transfer will be distributed to around 15,450 handloom weavers and boatmen with a total outlay of around Rs. 23.48 crore.

He was speaking during the inauguration of MANITEX, Manipur International Textile Expo at the Urban Haat Nilakuthi here. The Expo will continue till November 14.

“Our people have the potential, talents and especially womenfolk are courageous and brave,” he said, further highlighting the respect and popularity the State’s Ima keithels (women’s market) have garnered in national and international platforms.

Considering that some businessmen are trying to monopolize the yarn business, the government has decided to establish a wholesaler of yarn at Ima Keithel so that weavers can get them at cheaper price, he highlighted.

The Chief Minister stated that considering instances of mass production of traditional cloths like the Khudei, Phanek, enaphi, etc, by using machines outside the State which are made available at a cheaper price to control the market, shops and business houses have been instructed that such traditional items which are handmade should not be replaced by machine made copies.

Biren Singh highlighted the developmental changes witnessed in the State and said we have left behind the days of unrest, disturbances.

There is peace and a feeling of oneness and sharing among the people of the State, today, the Chief Minister stated.

There are no differences, gaps between the people anymore, Biren Singh said.  He also asserted the need for politicians to be transparent and sincere.

Highlighting the multiple venues for the upcoming Sangai Festival, Biren Singh encouraged the people to witness the extravaganza, and said people can visit the venues freely after November 15.

The Chief Minister also highlighted the government’s target to provide 100 percent drinking water pipelines to all households in the State.

Power, Forest, Environment & Agriculture Minister Th. Biswajit Singh said MANITEX was upgraded to International Textile Expo from being a national and regional level expo from 2018 onwards with the main objective of promoting the weavers and their products on the international platform.

The State’s weavers have the huge potential, the Minister said, adding that, according to the 2019-20 National Handloom Census Report the State had 2.12 lakh handloom weavers, 2.11 lakh looms and 2 lakh handicraft artisans.

The Expo will also have a Fashion Parade, she said.