A strong 20-member Indian contingent will participate at the 2021 AIBA Youth Men's and Women's World Boxing Championships to be held at Kielce, Poland from April 10 to 24, the Boxing Federation of India (BFI) said 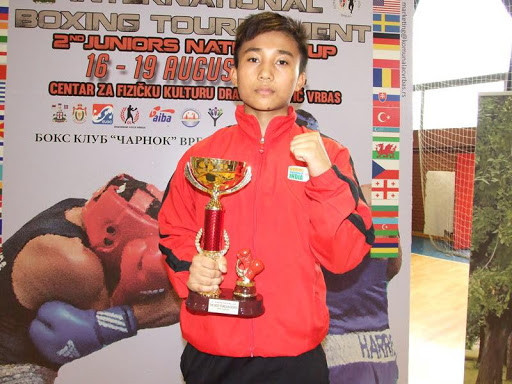 New Delhi: A strong 20-member Indian contingent will participate at the 2021 AIBA Youth Men’s and Women’s World Boxing Championships to be held at Kielce, Poland from April 10 to 24, the Boxing Federation of India (BFI) said on Saturday.

The five pugilists, who produced gold medal-winning performances and ensured team finish atop the table in Montenegro last month, will accompanied by Gitika (48kg), Arshi Khanam (54kg), Poonam (57kg), Nisha (64kg) and Khushi (81kg) to present a tough Indian challenge in the women’s category at the prestigious championship.

The men’s team will be spearheaded by the Asian Youth Championship silver medallist Ankit Narwal (64kg). The Asian junior champion Chongtham Bishwamitra (49kg) also found himself a spot in the men”s side.

Bishwamitra has been highly impressive in the trials where he defeated khelo India gold medallist Priyanshu Dabas.

The team will be leaving on March 31 for a 10-day advanced preparatory camp in Wladyslawowo, Poland and following that it will be participating in the World Championships, which will see in action 487 boxers from 66 nations.

A biennial event, which had the men’s and women’s championships played together for the first time in 2018 in Hungary, the Indian contingent won two gold, two silver and six bronze medals.

One of India’s finest finishes came in the 2017 edition when the country topped the table with five gold medals.